According to the UBS Outlook 2021, the Swiss economy should overcome the Corona crisis and find its way back to robust growth of 3.6%. How strong the recovery will be depends on how quickly the general population participates in the vaccination program. UBS also forecasts that the SNB will continue its expansionary monetary policy, which means that Swiss interest rates will remain at a record low even in the event of a recovery.

The  Swiss economy is caught between fear and hope: on the one hand, the coronavirus has the country under control, on the other hand, the start of the national vaccination program is giving confidence. Before the majority of the population participates, however, the authorities will maintain their restrictive measures and the economy will remain under pressure.

If the vaccination program becomes more widespread, UBS economists expect a significant economic acceleration – across Switzerland and globally. In this second phase, starting in spring, the measures should be scaled back gradually, which will give the economy a boost. Daniel Kalt, Chief Economist UBS: “At the moment, vaccination is the only feasible path to a sustainable recovery in the Swiss economy. We are confident that this will actually happen in the next few quarters.” UBS expects gross domestic product (GDP) to grow by 3.6% in 2021 and 3.0% in 2022, after GDP is likely to have fallen by 3.2% in 2020.

In addition to the cautiously optimistic economic forecasts, according to the UBS Outlook Switzerland, risks will also shape the economic picture in 2021, such as the speed, effectiveness and acceptance of the vaccination campaign. You decide how quickly and how strongly the economy can recover.

Quieter year for the National Bank

The  recovery is also likely to be reflected in robust growth in most industries, even if there is probably not talk of a return to the pre-corona trend everywhere.

The  local growth engines such as the pharmaceutical industry had little to do with the crisis and should give it up Exploit potential again quickly, but structurally weak, severely battered industries lack the substance and demand for a return to the previous level of production.

The  losers of the crisis are unlikely to catch up again anytime soon, which is driving structural change further, “said the UBS economists.

The  expected economic recovery in Europe should lead to a slight appreciation of the euro against the franc. This should allow the Swiss National Bank (SNB) to hold back on intervening in the foreign exchange market and to keep its key interest rates unchanged. Monetary policy and interest rate developments are subject to relatively few uncertainties in 2021. “Despite the currency manipulation allegations from Washington, the SNB should experience a quieter year,” said UBS economist Alessandro Bee.

Homes and apartment buildings rose in 2020 by 3 resp. 5% compared to the previous year.

The  intact purchasing power of broad sections of the population and the expectation of stable investment returns kept demand high. According to the UBS economists, both segments are expected to become more expensive in 2021.

The  price increase is likely to slow down significantly compared to the previous year. In the case of apartment buildings in prime locations, the potential for further increases in current interest rates and rental prices has been practically exhausted. Apartment rents are likely to fall by around 1%.

The  office space market is unlikely to change much overall in 2021.

The  new letting of space will slowly gain momentum again. However, the uncertainty about the long-term development of demand weighs on office properties. Sales areas suffered from the significant decline in sales in stationary non-food retail and continue to struggle with rent losses over the next few months. In the long term, however, they are likely to hold their own better than is generally expected, as the price advantages of online trading are eroding.

Before Corona is not after Corona

For the time being, with the expected recovery on the real estate market, seemingly normality will soon return. But the number of people who work regularly from home is likely to double in the next five years compared to the level before the Corona crisis. Claudio Saputelli, Head of Global Real Estate in the UBS Chief Investment Office (CIO), predicts: “If only a small proportion of customers rethink their home or company location, this will have a significant impact on real estate prices in the medium term.”

Residential real estate in regions just outside the classic commuter distances and easily accessible tourist destinations are in greater demand.

The  main beneficiaries are likely to be the Lower Valais, the Chur Rhine Valley and the Lake Constance region. Classic commuter communities in the narrower agglomerations, on the other hand, are likely to lose their attractiveness.

The  catchment area for potential workers and consumers will probably be even more important to UBS economists when choosing a location for business space.

Corona: Rapid tests at Aldi in Halver sold out after six minutes

On the trail of Corona: 270 projects are currently researching the virus and the effects of the pandemic in Berlin 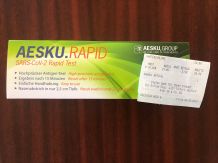 Corona self-tests sold out in a few minutes

Michael Wendler: Dubious advertising for bread – and the manufacturer is...

This player already has all classes at 60

Investigation report: Serious failure of the authorities before an Islamist terrorist...