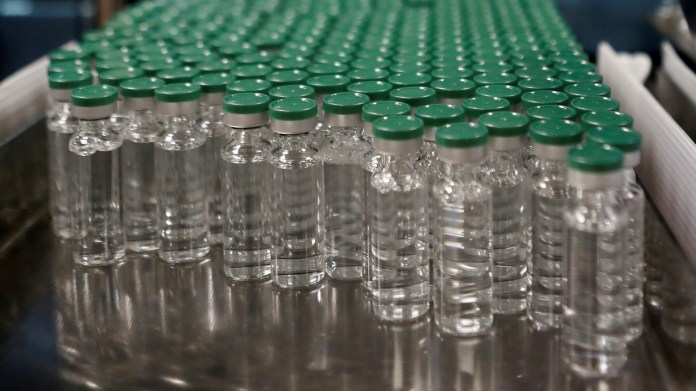 Following AstraZeneca’s announcement that it will be delivering less vaccine than planned, Brussels is threatening legal action. In the responsible committee of the EU Commission, the manufacturer should now provide information about urgent questions.

The  EU and its member states have provided the pharmaceutical industry with around one billion euros to develop a corona vaccine. But when it comes to vaccination, countries that do not belong to the European Union are ahead. Israel, for example.

The  USA. And the direct EU neighbor Great Britain.

In the United Kingdom alone, more people were vaccinated in the last three days than in France during the entire corona epidemic, British Health Minister Matt Hancock polemicized. And he pretends that a vaccination was available at the beginning of the corona pandemic. What is certain, however, is that three quarters of people over eighty in Great Britain have already been vaccinated.

Decision of the drug agency EMA is expected

No EU member state has succeeded in doing this so far. However, the UK also benefits from the extradition policy of the British-Swedish group AstraZeneca. He has been supplying Great Britain with the corona vaccine without any restrictions since the beginning of December. It is still not approved in the EU. By this Friday at the latest, the European Medicines Agency EMA wants to decide whether to give the green light.

But even if it does so this week, AstraZeneca will deliver around 60 percent less vaccine to the EU than contractually promised last year. “

The  fact that the UK continues to deliver as planned and the European Union is cutting back,” says European politician and vaccine expert Peter Liese as a provocation. If the British-Swedish company does not move inventory from its British depots to continental Europe very quickly, then Liese told the company ARD Studio Brussels, “she’s in the greatest trouble with the EU”.

What this “biggest annoyance” should look like in concrete terms remains unclear. Because the contract with AstraZeneca, which the EU Commission concluded last August for more than 300 million vaccine doses with an option for a further 100 million, is being kept under lock and key by the EU Commission President Ursula von der Leyen’s team. It is unclear when AstraZeneca has to be responsible for delivery delays. Only if the commitments have not been fulfilled by the end of the quarter? Or also in the case of delivery fluctuations within the three-month cycles?

One thing is certain: the EU is AstraZeneca’s largest customer.

The  von der Leyen team had already agreed with the British-Swedish company in October to start vaccine production immediately. So regardless of approval by the European Medicines Agency. Only now, almost three months later, the group reports on production problems in the EU.

The  question is how many vaccine doses were produced in the last year, where they are stored and when they will be delivered.

The  entire population is suffering from bottlenecks in vaccine production and vaccination.

The  EU expects the contracts confirmed by the pharmaceutical companies to be complied with, Michel emphasized to the French TV broadcaster Europe 1. To ensure compliance with the contracts, the EU can also use legal means, the EU Council President underscored in more detail to go.

The  von der Leyen team expects AstraZeneca to present a detailed delivery schedule to the responsible committee of the EU Commission today. And the Commission and the member states answered the question of who actually got the vaccine doses that the EU ordered in August and that AstraZeneca had produced from October until the end of the year. So in those two months in which there was still no talk of production problems at the manufacturer. 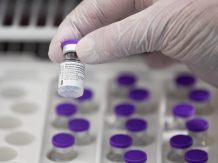 Drosten on vaccination speed in Germany: “The clock is ticking” | NDR.de – news

Berset wants to have more Covid-19 tests carried out

Biden: Vaccination offer for all US citizens by the end of May

Confidence for the krone: Norwegian krone: Why Norway’s currency should appreciate...

Farmers end the Aldi blockade – and move to Edeka |...

Playstation 5: When will the PS5 be available again? Hot...