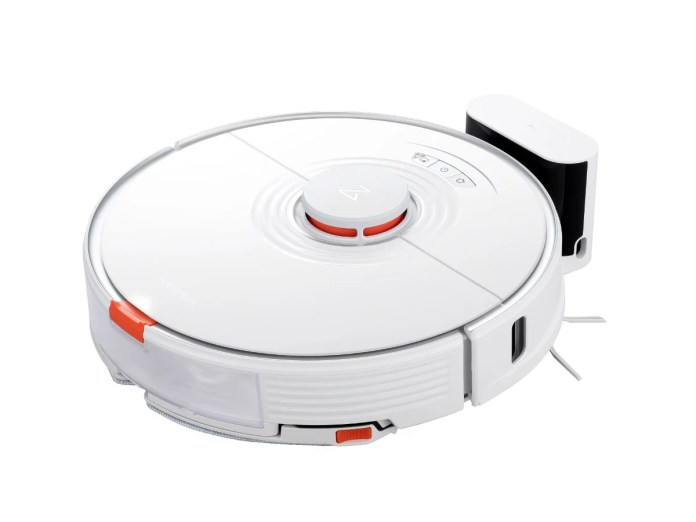 At first glance, the new Roborock S7 does not differ much from its predecessor, the Roborock S6. But this impression is wrong. The S7 now has a larger water tank and can regulate the water flow like the more expensive Max models. In addition, the Roborock S7 comes to the customer with a completely new wiping function.

The new wipe function is the highlight of the Roborock S7

While the navigation and the suction function of high-quality vacuum robots are already very well developed and actually work well with all well-known manufacturers, the wiping function still needs to be optimized. Due to the relatively low weight of the vacuum robots, there is simply no power to press the floor firmly enough and to remove stubborn dirt. In previous Roborock models, a spring mechanism was used, which can exert around 300 grams of pressure on the floor. With the Roborock S7, around 600 grams of pressure are possible here.

In addition, the mop plate can move and scrub the floor similar to a large sonic toothbrush. Various levels between 1650 and 3000 movements per minute are available in the Roborock app. This technology is already known from the vacuum robots from Ecovacs, where it works amazingly well.

The possibility of lifting the mopping plate is completely new. Together with the automatic carpet detection, this should reliably prevent moisture from getting on the carpets in your home. When returning to the charging station, the mop plate is also raised so as not to damage the floor below the charging station. A plastic mat as in the previous models is no longer required with the Roborock S7.

The Roborock app gets more features

There are also more features in the Roborock app that complement the new wiping capabilities of the Roborock S7. So you can no longer only see the distance covered, but also the wiped area in the app. The app also shows automatically recognized carpets on the map.

Another new feature is a “thorough mode” especially for wiping. Here, the suction strength is set to the lowest level and the wiping strength to the highest level. The robot vacuum then cleans the selected area twice.

After using rubber for the small side brush, the Roborock S7 is now also equipped with a new main brush. This is made entirely of rubber and no longer has bristles. As a result, significantly less hair should get caught there. The manufacturer iRobot has been using a main brush made of rubber for a long time, and we were quite able to convince us in the test.

The Roborock S7 is not a completely new development, but it does bring some exciting innovations. Optimizing the wiping function is particularly exciting, as vacuum robots generally still have a lot of potential for improvement here. Our test will show how the Roborock S7 performs in everyday life.

The Roborock S7 is due to hit the market in the second quarter of 2021 and is based on its predecessors with a price of 549 euros. At a later date there will be an automatic suction station for the first time at Roborock. This can not only charge the vacuum robot, but also empty the dust container. A black model of the Roborock S7 is also being planned.

Next puzzle about the value of the Hubble constant

Berlin & Brandenburg: After corpses found in Tempelhof: Investigations are ongoing

Biontech and Moderna vaccine: All the ingredients – and the side...

According to the “Playboy” survey: Wendler is the most annoying man...