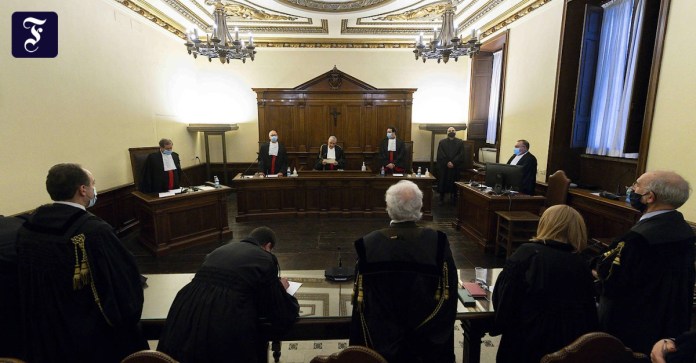 Dhe Vatican Court has sentenced a former IOR pew president, Angelo Caloia, and his former attorney to eight years and eleven months in prison for money laundering and embezzlement. In addition, on Thursday the court found the son of ex-lawyer Gabriele Liuzzo (97) guilty as an assistant and sentenced Lamberto Liuzzo to five years and two months.  The  process, which has been running since May 2018, was about dubious real estate deals. Millions of dollars are said to have been put aside.

The  defense wants to challenge the verdict.

The  defendants who were absent received additional fines.

The y had rejected the allegations at the beginning of the proceedings. In some of the cases initially charged, the accused were acquitted.

As the Vatican announced, there were 29 property sales in the 2000s, which were made well below market value. In the proceedings, the damage to the Papal States was estimated at more than 50 million euros.

The  convicts are to pay around 20 million in replacement. Large amounts have already been frozen on accounts and are to be collected.

The  defender of the 81-year-old ex-bank boss announced in a letter that he had filed an appeal. Caloia managed the bank for around two decades until 2009.

The  Vatican Bank IOR has repeatedly been associated with scandals. She has been campaigning for more transparency since 2013.

Corona measures in Germany: the federal and state governments are fighting...

Autonomous driving: Apple shares up: Will the Apple Car be presented...

Police get man from plane

Microsoft Surface Duo will start in Germany in 2021

What a spectacular meeting: Jupiter will soon catch up with Saturn

IO Interactive is looking for employees for 007 game project