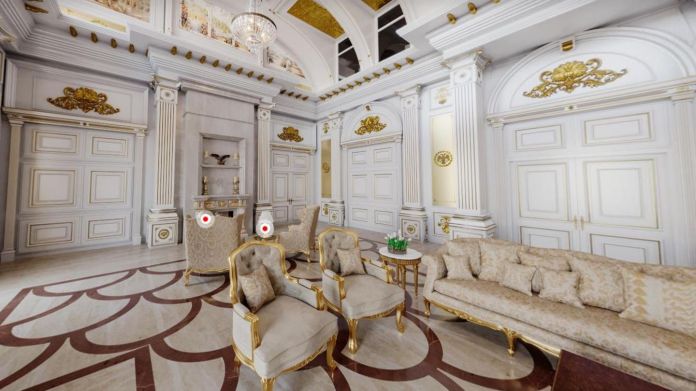 Worth at least 1.3 billion
Insights into Putin’s palace – megalomania cast in marble and gold 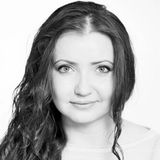 It is as big as 39 Monacos, is guarded by the FSB secret service and is located in a no-fly zone: Waldimir Putin’s estate on the Black Sea coast. But Alexei Navalny managed to show the whole world the secret residence of the Kremlin chief.

The  cast-iron gate of the palace is adorned with a golden double-headed eagle – just like above the gate of the Petersburg Winter Palace, the headquarters of the Russian tsars. Once you’ve passed it, you think you’re in a palazzo belonging to a Florentine noble family: a fountain gushes in the center of the inner courtyard, and marble columns on all four sides form galleries. Inside, the splendor continues. Golden stucco, huge crystal chandeliers, frescoes and paintings welcome the visitor. Louis XIV should also have felt at home in this ambience.

But the magnificent building is not in Versailles, Saint Petersburg or Florence. We are on the Black Sea coast, near the small town of Gelendzhik – visiting Valdimir Putin. Alexej Navalny provides us with unique insights.

The  opposition politician and his anti-corruption fund FBK put together thousands of customs documents, tax notices and supplier lists in very detailed work.

The y rummaged through furniture catalogs from Italian manufacturers and even tricked the FSB into flying drones over the property.

A palace of superlatives: where Putin built a new Versailles

The  3D reconstruction of the palace, which Navalny has now presented as part of a two-hour film, is also based on architect plans showing the huge building with an area of ​​around 17,700 square meters down to the smallest detail. A former contractor who was involved in the construction leaked this to the FBK team because he was “stunned and angry about the luxurious fittings, decorations and the astronomical prices for the furniture,” explains Navalny.

Everything is noted in the plans – from samples of the parquet to the article numbers of all pieces of furniture to the placement of sockets. Photos that were leaked by construction workers in 2011 correspond to the construction plans and thus confirm their authenticity.

One of the palace’s main outfitters, the exclusive Italian furniture manufacturer Pozzili, also accidentally confirmed that the property had actually been supplied and even revealed which pieces of furniture were sold. Furniture maker AB Italia even advertises on its website the interiors that have been sold to Putin.

“That means you and I can literally see which sofas Vladimir Putin is sitting on, which beds he is lying on, which tables he is eating,” says Navalny, introducing the virtual tour of the palace’s 3D model.

In the cases where photo documents are missing, there could be slight deviations, for example with regard to the pattern of the wallpaper or the color scheme, warns Navalny. If there are photographs of the rooms or the furniture, the reconstruction corresponds 100 percent to the originals.

A small selection of the pieces of furniture from Putin’s interior: leather sofas by Ezio Bellotti for 22,751 euros. A dining table with handcrafted carvings and an extendable bar in the middle of the exclusive Italian furniture manufacturer Cittterio for 45,860 euros. Putin has furnished the hallways of his palace with sofas of the same brand, at a price of 18,901 euros each. Navalny counted a total of 47 sofas in the property.

The re are numerous recordings of the so-called reading room, which were distributed among others by construction workers who indulged in the fun of posing for the camera on the imperialist sofas. Putin’s preference for double-headed eagles reappears in the gold and white hall – not only the coat of arms of the Russian tsars, but also that of the Russian Federation since 1993.

Putin’s bedroom resembles an imperial boudoir with a canopy bed in the center.

The  main bedroom of the Putin Palace
© FBK/Screenshot Youtube

The  designer of the bathroom en suite was obviously inspired by ancient Roman baths.

The  bathroom of the master bedroom
© FBK

The  Kremlin boss had an entire theater built into his palace – with boxes on two levels, changing rooms for the artists and gilded stucco on the ceiling. Stars and starlets from Russian show business have already told us about performances in this theater to which they have been invited. Putin seems to have imperialist preferences not only when it comes to the interior, but also when it comes to clothing.

The  singer Natalja Wetlizkaja reported a few years ago about a performance that she had to perform in front of Putin and his five guests in a costume from the time of Tsarina Catherine the Great.

Putin’s palace is surrounded by wineries on two sides.

The  equipment of the associated manufactories can also be seen. Customs documents from the outfitter prove the purchase of a glass vase for around 30,000 euros, a hanging lamp for 36,000 euros, and a coffee table for 48,500 euros.

The  list is crowned by toilet brushes at a unit price of 700 euros, and toilet paper holders for 1038 euros. And not even for furnishing a house or a dacha, but a factory.

The  problem with this palace isn’t the bad taste of the owner,” says Navalny. “Yes, it is scary to entrust the government of the country to someone so clearly addicted to luxury. But in the end there is nothing criminal about a taste for stucco and gilding.”

The  problem is the source of the money that was used to pay for it all.

“This is not just a building, it is a symbol of Putin’s 20-year rule,” summarizes Navalny. Everything was made possible by the “greatest bribery in history”, since Russian oligarchs paid for the construction costs, who at least partially divert the money from the state treasury and from the accounts of state-owned companies.

The  value of the palace cannot be said exactly, since such objects are not traded. But based on the construction costs, which are known, the value according to his calculations is a minimum of 1.3 billion euros.

All documents, 3D models and photos can be found here on the FBK website.

Tracks between Frankfurt-West and Bad Vilbel are still closed