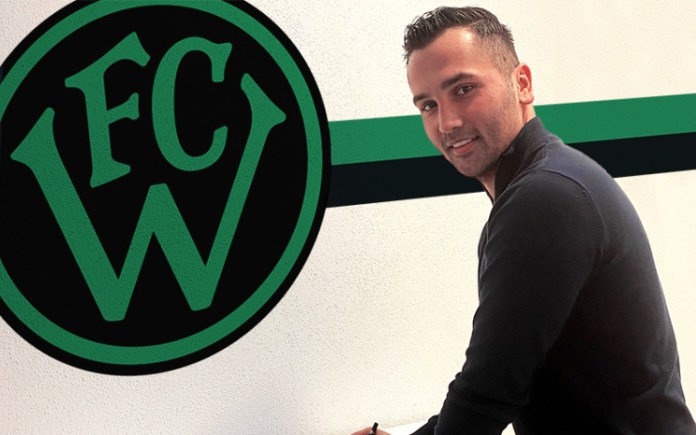 Anel Hadzic is moving to FC Wacker Innsbruck. The 2014 World Cup participant was last without a club and received a contract in Innsbruck until the end of the season, including an option for another year.

“After my last stations in Turkey and Hungary, it was my wish to return to Austria. With FC Wacker Innsbruck I was able to find the ideal club for this. As an opponent, it was never easy to play in Innsbruck – so I’m all the more looking forward to being able to play in front of the fans as a great player in this great stadium. I’m hot to finally be able to play soccer again and I want to use my experience to go ahead on and off the pitch!

The Bosnian ex-team player and World Cup participant from 2014 was last without a club and received a contract in Innsbruck until the end of the season including an option for another year.

“Anel ( Hadzic’s note) has already gained a lot of experience with over 200 games in the Austrian Bundesliga and appearances in the Bosnian national team. With this experience, he should take on a leadership role in the team and especially help our young players. He can play in his regular position in defensive midfield as well as in central defense and will give us more stability on the defensive. ”

Anel Hadzic (* 16.08.1989) started his football career at FC Andorf. Due to his talent, he quickly made the leap into the youth of SV Ried, where he went through all youth teams and academy levels up to the professional department. Hadzic appeared for SV Ried 190 times and was able to celebrate winning the ÖFB Cup with the Innviertel team in 2011. In 2013, he moved to SK Sturm Graz, where he was active for two and a half years before moving to the Turkish first division club Eskişehirspor. Half a year later, the Bosnian, who also has Austrian citizenship, went to FC Videoton, or MOL Fehérvár FC, as the club is now called. With the Hungarians he was cup winner in 2018 and champion in 2019. Hadzic also played for the U20 and U21 of Austria, but subsequently decided on the Bosnian national team, for which he was used a total of 14 times. At the 2014 World Cup in Brazil, he was also part of the Bosnian squad.

Frankfurt am Main: Glatt on A 661 between Erlenbruch-Dreieck and Frankfurt...

Everything, just not ordinary! These are Berlin’s bizarre baby names...

Diseases – Berlin – Significant increase in the number of corona...

Reporters Without Borders wants Julian Assange to be released immediately

“People’s Assembly” in Belarus: Soviet folklore instead of dialogue