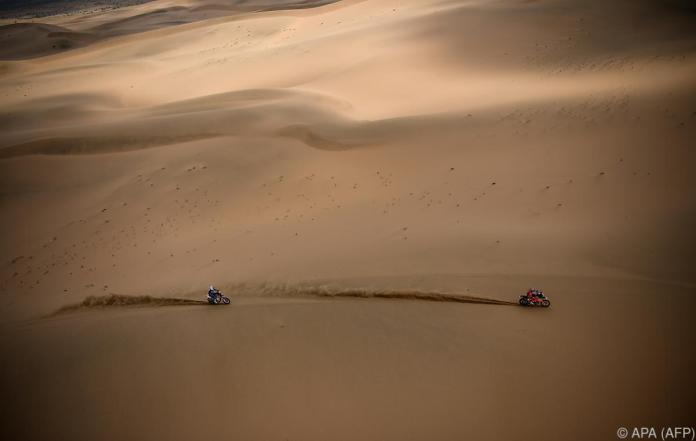 KTM works driver Matthias Walkner finished the penultimate stage of the Dakar Rally on Thursday again in fifth place. The Salzburg man lost 9:27 minutes to his British team-mate Sam Sunderland on the longest classified section of this year’s edition, which led from the oasis of Al-Ula over 511 kilometers to the Saudi port city of Yanbu, who improved to second place overall. He is 4:12 minutes short of leading Kevin Benavides.

The Argentinian Honda rider finished third on Wednesday 6:24 minutes behind Sunderland. Defending champion Ricky Brabec (USA / Honda), who is 7:13 minutes apart from Benavides, still has a chance of victory. Walkner made up one place in the overall standings and is now twelfth. The final stage, which is 50 km shorter due to the weather, leads from Yanbu over 225 special test kilometers back to the starting point in Jeddah on Friday.

“It was a real up and down,” said Walkner after the mammoth task on Thursday. “Up to kilometer 200 it runs as you wish, and you have the feeling of ending this day well. Then a mistake happens shortly afterwards, and then you think again that the whole day was in vain. Then you push again, get it Another one and the motivation is back. Then you get lost again, etc. That was quite a rollercoaster of emotions today “, the 34-year-old Kuchler summed up his day.

He had Sunderland “overtaken two or three times so that he doesn’t get my dust off. Driving in the dust is very tedious, takes time and for him it’s about everything. Here we have to act as a team and stick together,” said Walkner. Sunderland won the Dakar in 2017, one year before the Salzburg one. At that time it still took place in South America. The Dakar has only been driven in Saudi Arabia since last year.

The Czech Republic eases measures for the Christmas business

Again deployment in Winterberg – police officer: “Spit on and insulted”... 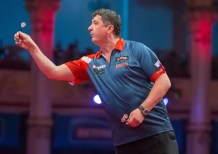