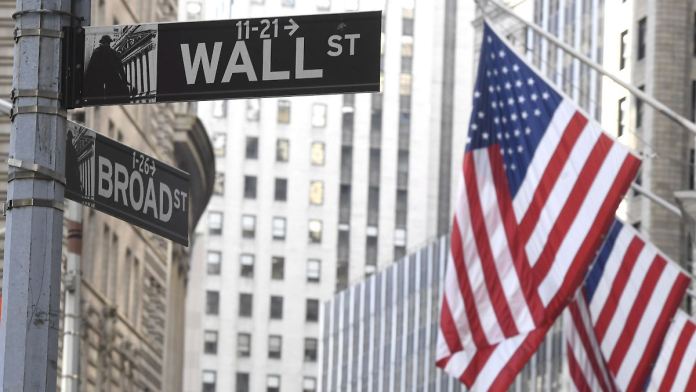 The prospect of further US government aid is creating confidence on the stock market. The fact that US President Trump is announcing an orderly handover to his successor Biden is also received positively by investors.
After a roller coaster ride, Wall Street closed in positive territory. The S&P 500, like the Nasdaq Composite, climbed to new record highs even in the early days. The Dow Jones index temporarily fell into the red, but then picked up again.

The participants had to digest a US labor market report for December that was well below expectations. Economic worries were offset by the prospect of further measures to stimulate the economy. The designated US President Joe Biden wants to present his aid package next week. The weak labor market data in particular also boosted hopes for ample state aid.

The Dollar showed solidified and paused in the downward movement, which has lasted for months. The dollar index rose 0.4 percent. On the bond market, the recently strong ten-year yield rose by 3.1 basis points to 1.11 percent.

“We see this as a very good starting point for the markets from a political point of view,” said investment expert Stephane Monier from Lombard Odier. The new government will differ from the previous one in terms of predictability instead of volatility and international cooperation instead of isolation. It is also beneficial that the majority in the Senate is thin for the Democrats, because that limits Biden’s options for measures such as tax increases.

The outgoing US President Donald Trump announced in a video message that he would ensure an orderly change in office also contributed to the optimistic mood. The continued high number of newly infected was stressful. On the other hand, it was positive that the vaccine developed by Biontech and its partner Pfizer also produces antibodies that protect against the mutations of the corona virus that are widespread in Great Britain and South Africa and that recently caused additional uncertainty. In addition, in Europe, Biontech is now allowed to draw six instead of five doses from a vaccine ampoule and vaccinate them, and Moderna’s vaccine has now also been approved in Great Britain.

Biontech were 7.2 percent up on the Nasdaq, Pfizer gained 0.2 percent. For Modern on the other hand, it went down 2 percent after starting profits. Boeing yielded 1.3 percent. The aircraft manufacturer is paying a total of $ 2.5 billion to settle a dispute with the US Department of Justice over the crashes of two 737 Max planes, thus avoiding a ban by the US authorities.

Micron Technology sagged 2.1 percent after strong gains at the start. Thanks to high demand for memory chips, the chip manufacturer got through the first quarter of the business better than expected. Apparently, however, investors are now taking profits. The share has already gained 54 percent since the beginning of November.

Tesla were also carried by the expectation that the Democrats will represent a policy that is significantly more focused on environmental protection than the Trump administration. With a plus of 7.8 percent, the stock rose to a new all-time high, which was reached at 884 dollars.

Acacia Communications has the proposed merger with Cisco Systems canceled. The company decided to terminate the merger agreement with immediate effect. Cisco Systems wants to hold on to the merger and is seeking a court order. Acacia shares rose 9.9 percent and Cisco shares rose 0.2 percent.

Prices on the oil market continued to rise. Brent oil cost $ 56.13, 3.2 percent more than the previous evening. In addition to economic hopes, according to observers, the decisions of the Opec + group will continue to have an impact. In total, it will only slightly increase the reduced oil production in February and March because Saudi Arabia has made concessions and wants to hold back on oil production in favor of other producing countries such as Russia and Kazakhstan.

The gold price soared down. The precious metal continued to suffer from the fact that interest rates on the bond market continued to rise with the prospect of higher US debt. This makes gold relatively less attractive as an interest-free investment. In addition, given the generally positive mood on the stock market, it is currently not in demand as a safe haven. In addition, the stronger dollar weighed on the price. The troy ounce lost 3.4 percent to $ 1,848. This wiped out the profits accumulated since mid-December.

Head of the Chancellery: “Mutation will become the dominant form in...

Farmer Patrick and Antonias Liebe: Who took the first step?