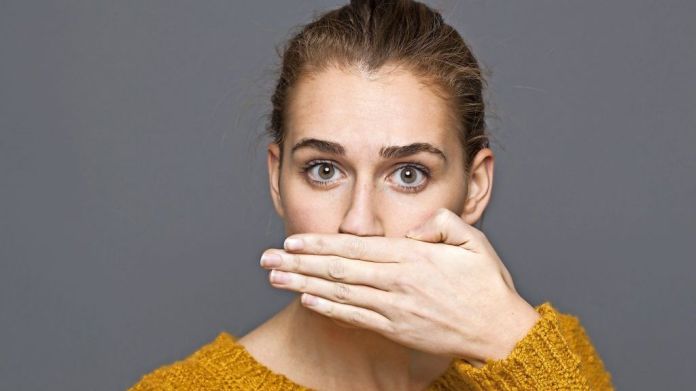 A person’s breath is tell-tale. It not only reveals whether someone has eaten garlic, but also indicates illness. It is worth taking a look down the throat if the breath is putrid: there may be a purulent tonsillitis behind it. A sweet smell, reminiscent of overripe fruit, can indicate diabetes: the metabolite acetone, which is produced in the body when there is a lack of insulin, is responsible for this. There are also many other substances in the air that are characteristic of diseases – but humans cannot normally smell them. But animals. Rats, for example, can sniff out tuberculosis and dogs sometimes sniff out cancer. Technical alternatives, such as “electronic noses”, which have been researched for around 30 years, are easier to use.

So far, substances can only rarely be assigned to a disease

Scientists around the world are currently working on various methods with which substances in the air we breathe can be determined and related to diseases. Breath analysis is still rarely used for diagnostic purposes, but that should change soon. “Research has started to pick up speed in the past ten years,” reports chemist Jessy Schönfelder from the Fraunhofer Project Center Meos in Erfurt.

The scientist and her team are working on a new technology that can be used to identify volatile organic compounds in the air we breathe. Such gaseous substances are released in some diseases. However, only rarely can a substance be assigned to a specific disease. Rather, the composition of the gases is revealing: “Often it is combinations of several trace gases in a significantly increased or significantly reduced concentration that are characteristic of a certain disease.”

Schönfelder uses an ion mobility spectrometer for this. “Such devices are also used at airports to track down explosives,” says the scientist. For example, wipe tests taken on luggage are checked for suspicious substances. Breath samples can also be analyzed according to this principle. This is done either through a tube into which the test person exhales. The exhaled air can also be sucked into the measuring device directly from the person’s breath. Then the gaseous particles are pumped into a spectrometer and charged with the help of a UV lamp. Depending on their size and shape, the molecules move at different speeds in the electric field and can thus be separated from one another and recognized.

Anomalies, such as a particularly high concentration of certain ions, can be assigned to diseases. In order to evaluate the large amounts of data that are generated, the researchers rely on “machine learning”. For this purpose, samples from healthy and sick people are evaluated so that the computer recognizes certain patterns. “How reliable the process is ultimately remains to be seen,” says Schönfelder. The test may only provide an initial indication of an illness and must be confirmed by further examinations. However, a relatively precise result is also conceivable.

Such procedures could be particularly helpful in the early detection of cancer because they are quick, easy and relatively inexpensive. Lung cancer is researched particularly intensively because it rarely causes symptoms in the early stages and is therefore usually only recognized late. For example, scientists at the Max Planck Institute for Heart and Lung Research in Bad Nauheim have developed a test that can apparently detect lung cancer with a high degree of accuracy using an air analysis. Breath condensate is examined using a molecular biological method. This can be used to detect certain genes that are active in lung cancer cells. According to the German Center for Lung Research, clinical studies are currently underway using this new method. There are also some other methods of breathing air analysis that are also intended to be used for early cancer detection, such as breast cancer.

Even neurological diseases like Alzheimer’s and Parkinson’s could one day be tracked down through the air we breathe. However, the use of such methods for the detection of Covid-19 is more tangible. Research has come a long way here. One of the researchers is the pathophysiologist and environmental doctor Gunther Becher from the company Becher Consult in Bernau, who has developed an ion mobility spectrometer for breathing air analysis that can provide information on infections such as Covid-19, among other things. The process is similar to the one Schönfelder is working on. “The technical device is ready,” he says. However, more data would have to be collected as part of studies and fed into the learning software of the device so that it can provide reliable results. “There are five or six devices that are currently being tested,” he reports. The evaluation principle for the spectrum analysis is registered as a European patent. “But we need more patients.”

Large studies are planned – after Corona

Currently, clinics with Covid 19 patients are often too overloaded to be able to carry out series of tests on a larger scale. The system could also quickly detect many other infections, such as influenza or colonization with multi-resistant bacteria. For example, it could do a good job in the reception area of ​​a clinic by quickly identifying affected visitors, says Becher. “This would enable a much faster diagnosis. Otherwise samples have to be laboriously processed in the laboratory. ”The quick tests also required more time and, above all, trained personnel.

It is unclear when such methods will become part of everyday clinical practice. There are many approaches, but most of them have not yet been tested in large studies. If they work reliably, they have at least two major advantages over invasive procedures for patients: They do not hurt and are completely harmless.

Where breath tests are already being used

Respiratory diseases: In asthma patients, it can be helpful to control the amount of nitric oxide in the air you breathe. The more of the substance is exhaled, the greater the inflammation in the airways. This allows the course of the disease to be monitored and the correct dose of medication to be found.

Nahrungsmittel­unverträglichkeiten: Those who digest milk sugar (lactase), fruit sugar (fructose) or sorbitol poorly exhale more hydrogen. This substance is produced when bacteria break down sugar in the large intestine. A breath test can help identify such intolerances. It measures how much hydrogen the exhaled air contains before and after drinking a corresponding sugar solution.

Infection with stomach germ: Stubborn stomach problems can be caused by the bacterium Helicobacter pylori. The germ can be detected easily and relatively reliably with a breath test. The bacterium can break down urea. During the breath test, the patient swallows a capsule containing urea, which is marked with the stable carbon isotope ¹³C. If the germ is present, marked carbon dioxide can later be detected in the breath.

Liver function: A breath test can be used to determine how advanced a liver disease is. To do this, the patient is injected with a solution that contains the carbon isotope ¹³C. The test substance is processed in the liver and the carbon is released in the process. This reaches the air through the lungs and is measured. The concentration of the labeled carbon indicates how well the liver is working.

Heiko Maas: “AfD as a spiritual arsonist has long been a...

PlayStation Store: PS5 and PS4 mega-sale started – Get it now