WhatsApp is very popular. But the messenger should disappear from numerous iPhones and Android smartphones.

NRW – Whether to send Photos, Videos or Voice messages: WhatsApp is not just as Web-Version popular on the computer, but especially as App on Smartphones. But with millions of devices that should Messenger will no longer be available from January 1, 2021.

Bad news for many Users of WhatsApp – you should urgently get the version of yours Software on the Smartphone check. Because both at Android devices as well as at iPhones of Apple there should be a change in a few days that probably not everyone will like.

Sending New Year’s Eve greetings via the WhatsApp messenger is a must for countless users, especially in times of the corona pandemic. Because of the lockdown, currently only five people from two households are allowed to meet to enter the new year to to celebrate. But with sending the news should some Smartphone owner don’t wait too long.

As various portals report, the App on certain devices With Android or iOS when operating system will no longer work from January 2021. For some iPhone owner there is still a chance though.

WhatsApp: WhatsApp will disappear from smartphones in 2021 – which iPhones will be affected

There should be App due to the new Features no longer work. That is affected by this iPhone 4 and older generations with one operating system from Apple that is worse than iOS 9. People that WhatsApp on an iPhone 4S, 5, 5S, 5C, 6 and 6S, you can take a deep breath – under one condition. It must be possible that operating system to update to iOS 9 or higher.

WhatsApp is the world’s most popular option for sending messages in combination with files such as pictures and videos. But the messenger, with which there are some rules to be observed, has been around for some time competitor of Telegram. To stay at the top, published WhatsApp always new Features and Functions for the latest devices. It is different with older people Smartphones out.

Right in time for the holiday season, we’re starting to roll out carts to make shopping on WhatsApp even easier. Just browse a catalog, select the items you want and send the order as one message to the business. Happy shopping! pic.twitter.com/xstn1J1FqU

If you are not sure which version is the latest on the iPhone is that can in the Settings look up and about it for one Software-Update search.

WhatsApp off for countless smartphones: Messenger app disappears on Android devices too

But not only iPhone users are part of the change WhatsApp affected. Even people with one Android phone should that operating system check. For further use should be from January 2021 at least Android version OS 4.0.3 is required.

Even with these Smartphones can be looked up in the settings under the category “system” and, if necessary, a Update to a newer version.

In the video: WhatsApp Web should get popular function

It should also continue to be improved WhatsApp Web. Popular features of the Smartphone-App should then also be usable on the PC.

WhatsApp off on Android and Apple: How users can still save their data

Anyone of the listed equipment should urgently get one before January Chat-Backup that is linked to a cloud. At Android can WhatsApp users do this by clicking on the three dots in the top right corner and then in the settings on “ Chats“Click.

The -“Chat backup” category shows when the last local backup on the smartphone and the backup via Google Drive were carried out. There is also a button to directly back up the data.

For owners of one iPhones the process is similar. Here, too, there is a symbol in the top right corner, but a pen and paper. Underneath there is the option “ Chats” and with another click, users get to the Chat-Backup.

Donald Trump on Twitter: number of corona infections and deaths is...

GNTM: Kasia Lenhardt’s cause of death unclear – autopsy should provide...

Leipzig wants to force a turnaround against ailing “Reds” 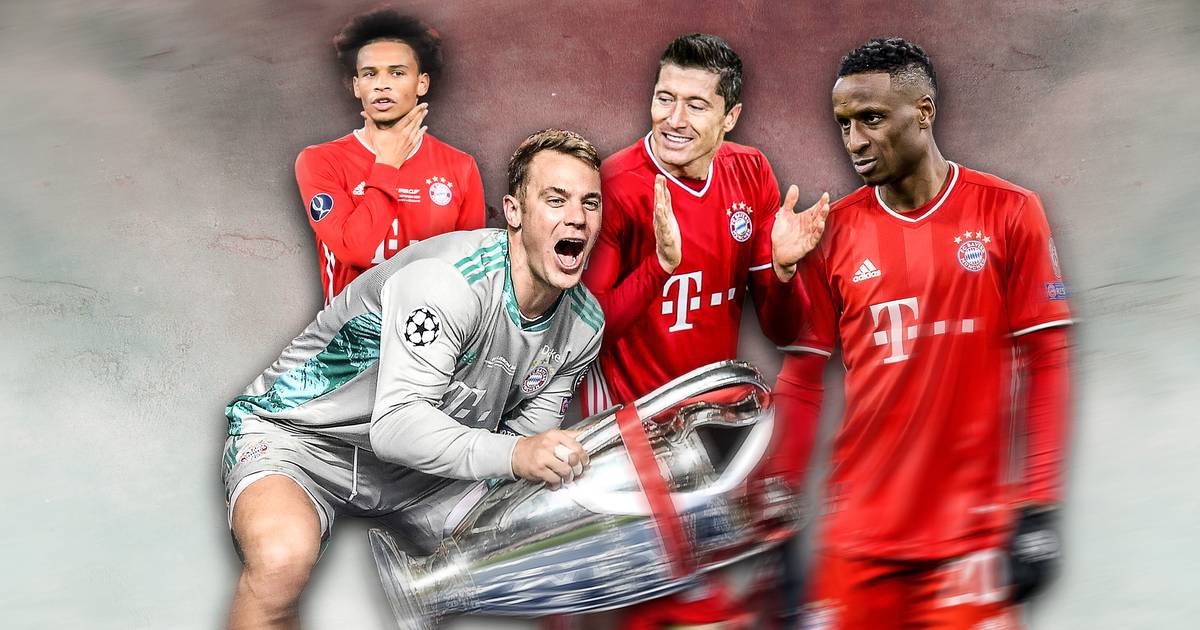 The certificates from Neuer, Lewandowski and Co.