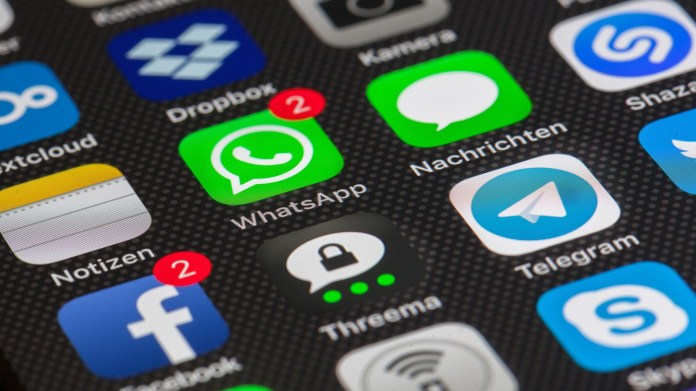 The  recent excitement about the market leader WhatsApp is by no means only allowing the known alternatives to benefit. Many a user also remembers the means of communication from earlier days. This is currently leading to a boom in ICQ usage.


In Hong Kong the pioneer of instant massage, which has only been a niche existence for many years, is experiencing an unexpected boom.

The  number of downloads for the smartphone app, which is now also available, has increased by a factor of 35. That comes from a report in the Wall Street Journal. But users elsewhere also remember the old service and return.
ICQ experienced its heyday from the mid-1990s. Many of today’s users weren’t even born back then. In a time when there was usually only email or chats for communication, ICQ was a real revolution. Most users have also not heard from the big competitor, the AOL Instant Messenger, for a long time.

However, with today’s ICQ one has not had to do with the software for a long time, which some still know from their early days on the Internet. Version 10 of the messenger client is now available and works on virtually all modern platforms – including Android and iOS. Under “ICQ new” the developers are also trying to revive the communication tool.

The  current boom follows massive criticism of the market leader WhatsApp because its parent company Facebook has now finally taken the step that has already been tried several times and merged the user data with its social media platform. However, if you switch from WhatsApp to ICQ for reasons of data protection, you might soon find that you have gone from bad to worse. Because even the current owner of the messenger, the Russian Internet group Mail.ru, has to put up with the reproach of not being too strict about the sovereignty of the user over their personal data.

Switzerland is discussing self and mass tests

EU Christian Democrats: Moment of Truth for EPP and Fidesz

100 days of red and pink in Vienna: Was there something?

California: 25 people in an SUV – fatal crash with a semi-trailer

FC Bayern Munich: Leipzig sits on the neck! Flick has a hidden ace up her sleeve

Dax runs out of breath shortly before a record high