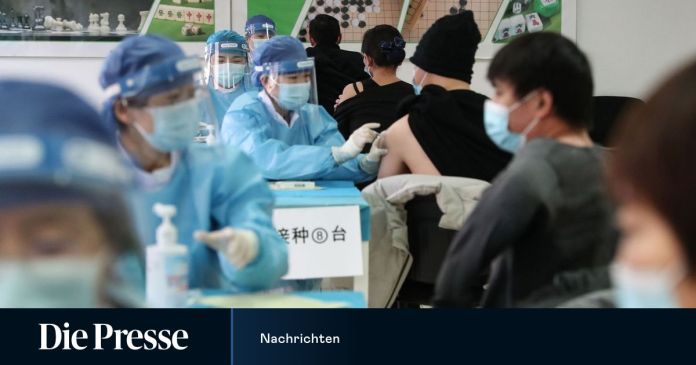 A team of experts from the World Health Organization is to investigate the origin of the corona pandemic. The Chinese authorities had delayed their entry.

After some delay, on Monday, China allowed an international team of experts from the World Health Organization (WHO) to enter the country for an investigation into the origins of the coronavirus. China’s Health Commission announced the arrival of the delegation on January 14th. The team was originally supposed to travel to China for the investigation at the beginning of January. The search is considered politically sensitive, and the experts’ journey has been scrambled to last.

Just a week ago, the WHO announced that China had blocked entry. Beijing then stated that necessary preparations had to be made beforehand. After arrival, the experts will have to go into quarantine for two weeks anyway before their work on site can really start.

Searching for clues in China

The WHO team is also scheduled to travel to the central Chinese metropolis of Wuhan, where the novel virus was first discovered in late 2019. According to previous assumptions, it is said to have jumped from an animal to a human at an animal market. The USA in particular accuse China of not having openly informed about the virus outbreak and of having contributed to the global spread of the pathogen with a cover-up tactic.

The experts downplayed the expectations of the trip in advance. It is not so much a question of doing your own research, but rather of exploring in exchange with the Chinese colleagues which traces could still be followed, it said.

The origin of the pandemic is a politically sensitive issue

The search for the origin of the virus is considered politically explosive. China fears being denounced as the culprit for the pandemic, in which tens of millions of people have been infected worldwide and, according to official statistics, more than 1.9 million people have died. For months, Chinese authorities have therefore been spreading doubts as to whether the virus even originated in China. Reference is made to unconfirmed reports that possible infections may have existed in other countries before.

Foreign Office spokesman Zhao Lijian also addressed this thesis in front of the press on Monday. “While the timeline of the first cases moves back steadily, the search for the origins could include more and more countries and regions,” said the spokesman. The WHO would have to start similar studies in other countries. Against the background of criticism of the initial handling of information about the virus, the spokesman defended China’s cooperation with the WHO as “open and transparent”.

With the entry date and the subsequent quarantine, the time for the WHO mission is running out, as the Chinese New Year celebrations will take place on February 12th. At the most important family festival for the Chinese, many institutes and companies shut down long before the festival, as the employees usually travel to their home villages for one to two weeks or longer. The country practically comes to a standstill over the New Year celebrations.

The Elder Scrolls: next Netflix series to become a fantasy brand?

Ibiza Committee – U Committee has a lot more plans to...