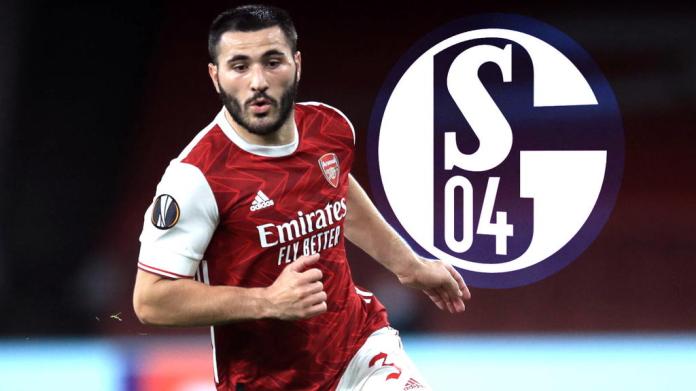 Sead Kolasinac is supposed to breathe new life into FC Schalke 04 – allegedly even as captain. At the start of 2021, however, the returnees are not yet allowed to participate.

Sead Kolasinac has already achieved one thing before he kicked the ball after his return to Schalke 04: In the appendix of the Royal Blues there is something like hope that the wandering team will still get the curve after 29 Bundesliga games without a win creates the seemingly utopian relegation.

A supporter raved in the social networks on New Year’s Eve about the “best news of the year since the win against Gladbach in January” – which may be true in view of the horror year of the involuntary Tasmania hunters from Gelsenkirchen.

Another hopes that the Kolasinac loan will set the style for the bottom group. The Bosnian, who comes from the Knappenschmiede, shows “great presence – and he’s Schalke,” says the fan: “ If I had to, he could have brought Mesut (Özil; editor) back with him.”

It will hardly get that far. Even the rumored rental fee of 2.2 million euros for Kolasinac plus a generous salary weighs heavily on the highly indebted club. But hardly anything would be more expensive than the first relegation in 32 years, which is why sports director Jochen Schneider, who is in the crossfire of criticism, emphasized: “ We want to and will do everything we can.”

The 27-year-old Kolasinac should lead the way with his physical strength and mentality, according to “ Bild” the defender could even replace Omar Mascarell as captain. It would be a remarkable sign – not only to the six-month-old Schalke Kolasinac, but also to his teammates, who would be denied leadership.

But can Kolasinac really move the unsettled team forward? After his transfer to Arsenal FC in 2017, he was part of the Gunners’ inventory for a long time, but team manager Mikel Arteta, who was born in Karlsruhe, only used 90 minutes in the current Premier League season. In addition to his bench press existence, there were wounds and a corona infection.

His new trainer Christian Gross, the fourth Schalke trainer since September, sees a “need for speed” especially on the outside lanes. Elements that Kolasinac cannot bring in, especially since he is not yet eligible to play at the ailing capital city club Hertha BSC ( Saturday, 6:30 p.m.) at the start of the new year.

But Schneider expects something else from the bearer of hope anyway. “ Sead embodies exactly the values ​​that distinguish Schalke 04 and which are elementary in the fight to stay in the league: an irrepressible will and a strong character”, the 50-year-old welcomed the “real Schalke boy”. Kolasinac himself is “100 percent convinced” that they will be able to stay in the league and spoke of an “affair of the heart”.

Schalke 04 is also one of those for Clemens Tönnies, which is why the ex-boss, who has meanwhile burned with the fans, got in touch for financial help. Perhaps Schalke will also reach for this straw in his desperation.

However, the opponents from Berlin also have a lot to lose, after all Schalke are only two games away from setting the Bundesliga winless record. Hertha coach Labbadia doesn’t want to know anything about pressure. “I try to approach every game in such a way that I don’t think about what could be or whether we could be the idiots,” said the 54-year-old. He feels no fear: “ If anyone has to fear this series more, then the club that has it.”

Coppa Italia: Juventus trembles after extra time in the quarter-finals

Ambras Castle with a new attraction

Camera under the display: not every innovation is ready for the...