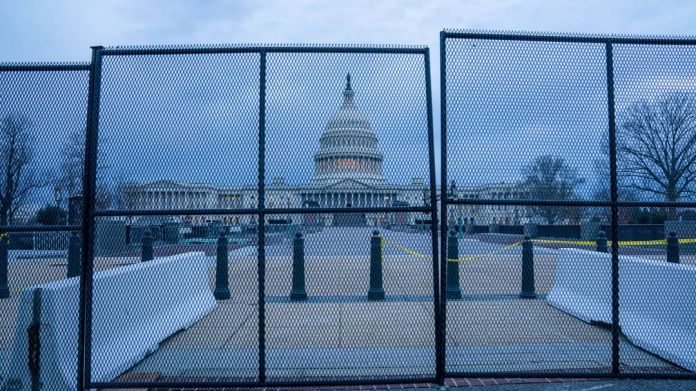 The events in Washington also startled Wolfgang Schäuble. The 78-year-old Bundestag President, who is neither dramatized nor panicked, asked the German embassy in the US capital for a report on the storming of Trump supporters on the Capitol. Consequences are already being drawn. The Berlin police are strengthening the protection of the parliament building.

In fact, Schäuble has every reason to be cautious. The storm of right-wing extremists on the Reichstag stairs on August 29 and the disruptive action initiated by the AfD during the Bundestag session on the Infection Protection Act on November 18, measured against the “Capitol Riots”, went off lightly. There were no deaths, and troublemakers without a house ID managed to penetrate the interior of the Reichstag. Even so, the attack in Washington was meant to be a warning to those in Berlin.

Because even if we do not have a dangerous president and the AfD is in a crisis as the political arm of right-wing extremism: we have enough citizens who let themselves be incited. According to research, around a third of Germans are susceptible to conspiracy theories. From there it is not far to hatred and agitation. Irrationality and militancy seem to be growing under the impression of the intensified Covid-19 pandemic. The corona crisis accelerates the democracy crisis.

Also alarming is the defenselessness of the security authorities in the old heart of the western world, which the storm on the Reichstag stairs in Berlin gave a foretaste of. This is all the more true as the police, who are supposed to protect the Capitol, have 2,300 police officers and civilian employees, and the federal police only 200. Nevertheless, the mob in the USA had an easy time of it. On the whole, this can only be explained by a lack of determination to defend democracy. Photos even suggest companionship.

This blatant weakness of the rule of law on a day of foreseeable maximum threat constitutes the core of our concern, because we have already experienced this kind of thing in Germany and the signal from Washington must act like a stimulant for the local actors: See what is possible is! The endless reports of right-wing extremism in our security agencies are given a new urgency.

In any case, it is not just Schäuble who is wondering what is increasingly condensing into certainty: nothing is more dangerous than lulling himself into a false sense of security based on seven decades of political stability in Germany. The idea of ​​repelling the threat through dialogue turns out to be an illusion. The attack on democracy here, as in the rest of the world, is real and dangerous. The Democrats have to arm themselves against it in the literal sense.

Official: Jesy is no longer a member of Little Mix 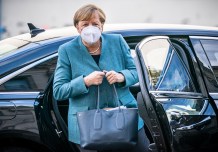 Disgust alarm: These are the twelve candidates for the Corona “jungle...

Clubhouse as the new social media hype: elites among themselves