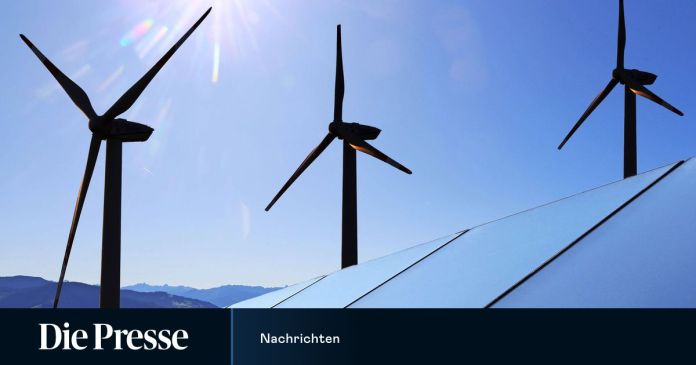 The expansion of wind power will increase significantly this year after a decline in the previous year, the IG Windkraft expects. The stop-and-go policy of recent years had slowed down the expansion in the previous year. The implementation of projects approved years ago should get underway this year. Industry representatives today are confident that there will be a new regulation of green electricity subsidies with the Renewable Expansion Law (EAG) by the summer.

IG Windkraft Managing Director Stefan Moidl appealed on Tuesday in a virtual press conference to all parties for a national alliance, “for useful investment bases” for renewable energy. You need to build this in the first half of 2021, otherwise you will lose a lot of time. A two-thirds majority in the National Council and the Federal Council is required for the EAG. With the EAG, an investment turbo for the Austrian economy could be ignited after the corona pandemic, says Lukas Püspök, Managing Director of the Püspök Group. The EAG must also be approved by the EU. Certification usually takes six to nine months, according to Moidl. There are also no tenders for hydropower or other technologies.

To achieve the goal of 100 percent electricity from renewables by 2030, 10 terawatt hours (TWh) must be added to wind power. In order to achieve this, an annual expansion of 500 megawatts (MW) of installed capacity is necessary, according to Moidl. There is still a lot to be done. In the previous year, fewer new wind turbines were installed than dismantled, and investments were significantly lower than in the previous year. This year, by reducing queues, an increase of 315 MW or around 276 MW net after the deduction of dismantled wind turbines is expected. Systems for which subsidies were released at the beginning of 2020 should be implemented more this year. Projects are now being implemented, some of which were approved in 2015 and 2016 and had to be rescheduled during the previous year. The industry representatives once again criticized the obstacles in the approval process, such as the fact that projects sometimes have to be approved more than once.

Wind turbines are becoming more and more powerful; there has been a significant technological leap in recent years. In 2021 the average output of the annual expansion will be 4.3 MW – in 2020 it was 3.5 MW. According to Klaus Rogge from the manufacturer GE, a modern wind turbine has an output of 4 to 6 MW and generates electricity for around 4,000 households.

Austria’s wind turbines produce around seven billion kilowatt hours of electricity for around two million households each year. This corresponds to around 11 percent of Austria’s electricity consumption.

Regarding the most recent disruption of the power grid, in which Europe narrowly missed a widespread power outage due to a sharp drop in frequency in the power grid, Moidl emphasized that renewables were not the reason for the problems that had now been seen. There is no correlation between renewable energies and a bad grid situation, but it depends on the organization.

Pandemic: “The situation in Germany gives cause for concern”

Netflix: These series should get a new season in 2021

Notice notice in Berlin: A resident’s balcony decoration triggers “quite a...

Corona: Where do people die of or with Covid-19?

Is Jennifer Lopez planning to break up with A-Rod for a...

Corona test returning travelers: This is how Jens Spahn wants to...

Dieter Bohlen: After DSDS-Aus: “I plan big things, you will hear...