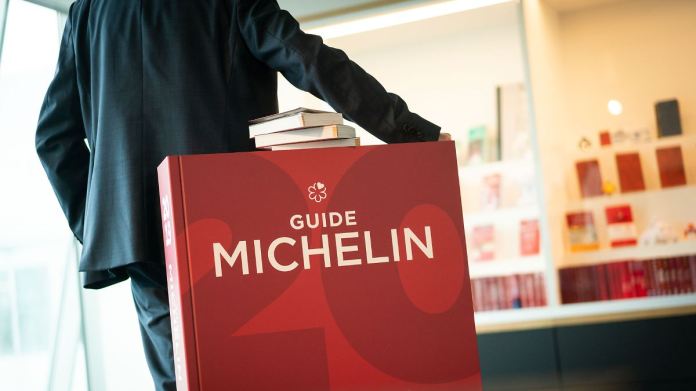 With inspiration from Germany
First Michelin star for vegan restaurant

In the world of gourmets, an award from the Michelin Guide is considered the highest honor. For the first time, a restaurant that exclusively offers plant-based dishes has received one of the coveted stars.  The  restaurant in France received two awards.
A restaurant in southwest France was the first vegan restaurant to be awarded a Michelin star. “It felt like a train had run over me,” said Claire Vallée, the boss of the “ONA” restaurant in Arès, about her surprise about the call from the Michelin guide. In addition to the classic Michelin star, the “ONA” also received one of the green stars introduced only last year for restaurants with particularly high ethical standards.

Vallée founded the “ONA” in Arès near Bordeaux in 2016 with the help of crowdfunding and a loan from an eco-bank. “ONA” stands for “Origine Non Animal”, ie for ingredients that are not of animal origin. Vallées Lokal is currently closed due to the Corona restrictions in France. Before that, there were seven gourmet dishes on the menu, for which ingredients such as pine nuts, celery, sake or tonka beans were used.

The  founding phase was not as easy as Vallée said. She herself initially had doubts “whether we are good enough because plant-based cooking is difficult and innovative”. In addition, traditional banks did not want to give her a loan. “You said the prospects for veganism and plant-based food were too uncertain,” said the restaurant manager, who hit the nerve with her restaurant. Vallée emphasizes that other vegan pioneers pioneered her. As a source of inspiration she named the restaurant “Mano Verde” in Berlin run by the Jean-Christian jury.

Formula 1: Verstappen got off to a perfect qualifying start in...

Admission stop “if we still want to save something” – BZ...

Eminem apologizes to Rihanna in a new song

Ski: Feuz briefly loses the stick at the start – and...