A Russian ship has started work on the controversial Nord Stream 2 pipeline. “Fortuna” has started laying pipes off Denmark.

Notwithstanding new threats of sanctions from the US, the Russian ship, which is supposed to complete the controversial Nord Stream 2 gas pipeline, started work in the Baltic Sea on Sunday.  The  pipelayer ship “Fortuna” began work in Danish waters “before the resumption of construction of Nord Stream 2”, announced the company Nord Stream 2 in Moscow. All work would take place “in accordance with the permits received”.

The  “Fortuna” was on Sunday around 15 nautical miles (around 28 kilometers) from the Danish island of Bornholm, as data from the location services Vesselfinder and Marine Traffic showed.

The re were therefore several Russian ships in the vicinity that are supposed to support the “Fortuna” with the work.

Nord Stream 2, which is largely financed by the Russian state-owned company Gazprom, is intended to significantly increase the potential for Russian gas deliveries to Germany.

The  nine billion euro project has long been controversial in the EU, and the US is also rejecting it.

The  federal government continues to support the project.

The  construction of the pipeline is almost complete and there is still work to be done in Danish waters.

At the beginning of December, work on the 1,200-kilometer pipeline through the Baltic Sea in German waters was resumed after being suspended for almost a year due to US sanctions. In Denmark’s waters, construction work has been permitted again since January 15th. 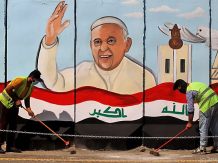 FreeRTOS LTS: Amazon’s operating system for the Internet of Things

What would Berlin be without this man?

Brexit follow-up agreement: This is what the EU and Great Britain... 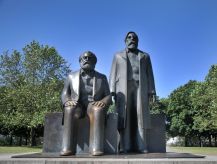 Rathaus- and Marx-Engels-Forum are being renewed

Sony withdraws “Cyberpunk 2077” from the market

After the next corona case – do Bavaria now have to...