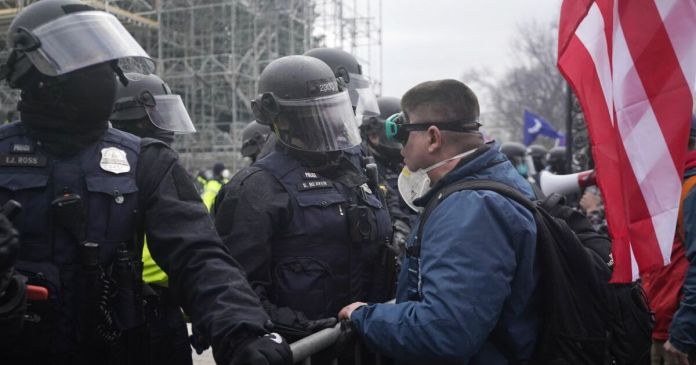 “It is the foundation of a democracy to respect the results of free elections,” said Van der Bellen on Twitter. Chancellor Sebastian Kurz also wrote on Twitter that he was “deeply concerned about the attack on democracy”.

I watch the populist, anti-democracy attack on the Capitol with deep concern Washington, the heart of US democracy. (1/3)

Vice Chancellor Werner Kogler (Greens) spoke on Twitter of a “threatening attack on democracy and the rule of law that we are currently experiencing in WashingtonDC” in view of the riots in the US capital Washington. National Council President Wolfgang Sobotka (ÖVP), on the other hand, said in a message to the APA that he was “deeply shocked by the images we received from America.” SPÖ party leader Pamela Rendi-Wagner and FPÖ chairman Norbert Hofer also reacted concerned.

This is a threatening attack on democracy and the rule of law that we are currently in WashingtonDC experience. Free elections, the peaceful and respectful transfer of government power and the protection of our political institutions are at the core of our democracies. capitol 1/2

Storm on Congress: dismay in EU

The leaders of the European Union reacted in shock to the storming of the US Congress by supporters of the elected US President Donald Trump. “In the eyes of the world, it seems as if American democracy is under siege tonight,” wrote EU foreign policy chief Josep Borrell on Twitter on Wednesday. “This is an unprecedented attack on US democracy, its institutions and the rule of law.” The governments in London and Paris were also appalled.

Thousands of trucks jam in front of the English Channel in...

That is why there is now the corona punishment for living...

The development is bad for a possible Red Dead Redemption 3

Juan Carlos offended by rapper: Debate about freedom of expression