That was a major setback in the relegation battle! 1. FC Köln missed their first home win against VfB Stuttgart in more than 20 years. Markus Gisdol’s (51) team lost 1-0 to the promoted team on Saturday (February 20th) and thus suffered the seventh (!) Home bust of the season. It was once again a standard that cost FC important points. With 21 points, the situation in the basement remains extremely critical, especially since Mainz (17 points) won in Gladbach. This means that the direct relegation ranks are only four points away!

It was a duel of opposites: weakness at home versus strength away from home. Because FC only got 6 out of 21 points in the Rhein-Energie-Stadion, while VfB hijacked a whopping 17 points from other stadiums.

Gisdol relied on two starting XI changes against the “wild” Swabians: the recovered Ismail Jakobs and Kingsley Ehizibue slipped into the team for Jannes Horn and Salih Özcan. With Easys taking on Marius Wolf moved into midfield.

In contrast to the first leg, when FC were already 0: 1 behind after 24 seconds, the Gisdol-Elf did not miss the start phase this time. VfB got off to a better start in the duel between the two youngest teams in the Bundesliga, but it wasn’t really dangerous on either side at first.

The  newsletter about 1. FC Köln prepares you perfectly for the upcoming game. Register now!

Little to nothing happened in the first half anyway. Even minutes of encouraging chants that echoed into the stadium from the south did not help. U21 national coach Stefan Kuntz (58), who examined the FC pros Ismail Jakobs, Salih Özcan and Elvis Rexhbecaj with a view to the European Championship and the Olympics, was offered a very weak Bundesliga game.

At this point you will find relevant content from the external platform Apester that supplements the article. You can display it and hide it again with one click.

At the break, neither FC nor VfB had fired a single shot at the opposing box. Ondrej Duda shot the only promising opportunity over the box (18th).

1. FC Köln falls behind after the standard situation

The  second half began for FC with an absolute cold start.

The  guests from Stuttgart promptly took the lead with their first real scoring chance.

Once again it was according to a standard. And that after FC boss Horst Heldt (51) had clearly addressed the weakness of dormant balls during the week. After a free kick from the half-field, VfB-Hüne Kalajdzic (2 meters) headed the ball and nodded to 1-0 for the guests. It was the 15th standard goal for FC – a devastating statistic!

In addition, there was no fire on the lawn, hardly any FC kicker spoke on the pitch. Keeper Horn tried after 55 minutes to wake up his men in front: “Come on men, let’s go!”

Now voucher for the 1. FC Köln fan shop right here in the EXPRESS voucher portal to back up

The  FC officials were also bewildered in view of the bloodless appearance. Because even after the deficit, it was initially VfB who looked for the way forward, the FC continued to act without planning, courage and ideas.

Up to the 69th minute, Cologne had the whole chance to equalize out of nowhere. After a fine pass from substitute Max Meyer, Emmanuel Dennis had the 1-1 draw. But the Nigerian shot the ball over the goal from a few meters.

In any case, it was the Joker who at least brought some momentum to the FC game.

The  also substitute Salih Özcan was unlucky that his pound only hit the bar from a distance (76th).

Marius Wolf: “We were too harmless”

The  final offensive was ultimately not rewarded, FC left the field as a loser and has to wait for only the second home win of the season. Cologne woke up way too late!

Marius Wolf scolded: “We were simply too harmless to the front. I think we were standing too deep and had too long distances, so we made life difficult for ourselves. ”

Colleague Timo Horn was also pissed off. “Of course it gets on the nerves of the animal that the Stuttgart team take the three points with them. It was our big goal to jump against the Stuttgart team, it didn’t work. Also because we didn’t invest enough up front, in the first half we didn’t get dangerous in front of the goal, ”said the FC keeper after the bitter bankruptcy.


At this point you will find relevant content from the external platform Apester that supplements the article. You can display it and hide it again with one click.

And next Saturday the hardest task of the season awaits: the trip to record champions FC Bayern Munich (February 27, 3:30 p.m., Sky).

FC Bayern – BVB: Munich’s weakness is Dortmund’s new strength – but is that enough?

Ski racer – Schmidhofer’s way back begins after Easter in Tobelbad

Because of Corona, Samichlaus and Schmutzli visit kids by video

Corona: is Switzerland above the mountain? The current numbers 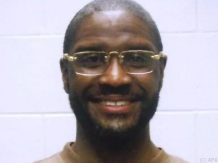 This is how Frankfurt city center becomes a Corona hotspot |...