Federal President Steinmeier recognized the contribution of Judaism to German history and culture.

Jews made a decisive contribution to Germany’s dawn into the modern age and made its culture shine, said Steinmeier in a recorded address in Cologne at the opening of the festival year “1,700 years of Jewish life in Germany”. At the same time, the Federal President recalled the centuries of marginalization and persecution up to and including the murder of millions of European Jews in the Shoah. Jewish life is also threatened today in the face of open anti-Semitism and violence, he criticized. Israeli President Rivlin said in a video greeting that the history of Germany and the Jewish people had been linked for centuries. Yet one again witnesses a dangerous rise in anti-Semitism.

The  President of the Central Council of Jews in Germany, Schuster, called for a more comprehensive education on the subject of Judaism. A lack of knowledge about a minority often leads to prejudice, said Schuster also at the ceremony. This problem needs to be addressed above all in schools.

To the death of the Flash Player: Your updates will be...

Playstation 5: when will the PS5 be back? Detail gives...

The latest on the corona crisis – Biden announces 100-day plan...

Hybrid party congresses in Berlin ?: Why red-red-green is arguing about... 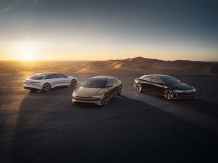 The IPO of the Tesla rival is getting closer – and...