In order to keep the spread of the coronavirus under control, rapid tests are an important tool – especially when more facilities are opening. Mass deployment should be possible from March 1st, but first from expert hands. What role could rapid tests play in the future?

In the first step, all citizens should be able to be tested free of charge by trained staff using rapid antigen tests. According to the Federal Minister of Health Spahn local authorities should be able to commission test centers or pharmacies with such offers; the federal government should assume the costs.

Self-tests as an additional bearer of hope

The  biophysicist Binding described the use of corona rapid tests on Deutschlandfunk as an “additional slice of cheese in the fight against the pandemic”. Although it has holes, it is not always perfect, but it breaks chains of infection. Distance and hygiene rules should continue to apply. Binding is the founder of “Rapidtests Deutschland”, an association of researchers from various disciplines who have been promoting the widespread use of rapid tests for months.

Deutschlandfunk science journalist Volkart Wildermuth also thinks that self-tests are “not a game changer”, but an additional barrier against the corona virus. At the same time, a negative test result is not a free ticket.

The  use of rapid tests has been expanded several times in the past few months.

The y are used, for example, in nursing homes, clinics and, after infection, in schools, for example. Here they are now assigned an important role – with the gradual openings – in order to bring health protection and education into harmony.

The  problem, however, is the organization of the tests. Although the samples do not have to be sent to the laboratory for evaluation, the antigen tests are not considered to be as accurate as other PCR tests. It happens, for example, that non-infected people wrongly get a positive test result. According to the Robert Koch Institute, a positive result of a rapid test must therefore be confirmed with a PCR test.

Nevertheless, biophysicist Binding emphasizes that the rapid tests are definitely suitable for the masses. If more infectious people were identified as a result, the R value could be lowered much faster and the pandemic could be brought under control much faster.

Rapid tests for home use are due to come soon

So far, the rapid tests have not been approved for home use. That could change soon too. Specifically, it is about over-the-counter tests that should be sufficiently safe to use even by untrained people. Health Minister Spahn emphasized that these test options could contribute to a safe everyday life, especially in schools and daycare centers. His department is in negotiations with various manufacturers.

The  aim is to secure minimum quantities for the German market in framework agreements, according to a ministry paper. In addition, “low-threshold access for all citizens” makes sense in the federal national test strategy. In the discussion is “possibly a small contribution of one euro”.

The  Federal Institute for Drugs and Medical Devices has received a number of applications for a special national approval, which should be decided on as soon as possible.

Binding explained that in such tests, the instructions should be as understandable as possible – so that not every layperson has to perform every single small step perfectly to get good results. As a criterion for a special approval, the assessment of the operation could be decisive. 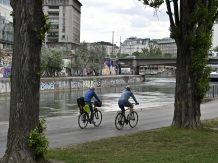 Berlin Lichtenberg: 168 people will not be able to return to...