The  longer research observes the coronavirus, the clearer the ways in which it spreads also become.

The  focus is more and more on the so-called aerosol particles – microscopic airborne particles that are spread through the air we breathe.

To what extent can the coronavirus be transmitted via aerosols?

The  Robert Koch Institute describes the “respiratory uptake of virus-containing fluid particles” as the main transmission route for SARS-CoV-2.

The y arise when breathing and speaking, but especially when screaming and singing.

According to the RKI, staying in small or poorly ventilated rooms for a longer period of time can increase aerosol transmission over a distance of two meters. This finding also plays a role, for example, when considering how, for example, classrooms can be better ventilated – because that seems to be a key to reducing the aerosol pollution of the breath.

The  Hermann Rietschel Institute of the TU Berlin has dealt intensively with the effects of aerosols on the infection process in the corona pandemic. Conclusion:

The  importance of suspended particles in the spread of the virus is very high.

But there are also voices that attach a less important role to aerosols in the transmission of the coronavirus: A team from Harvard Medical School published an analysis in which it is argued that virus transmission via aerosols cannot be the dominant pathway for the coronavirus to spread . A sick person infects fewer people than with other aerosol-borne diseases, they write.

How long do aerosols stay in the air?

US researchers conducted an experiment in which test subjects in a closed room say a short sentence “Stay healthy!” For 25 seconds. should repeat out loud. Because of the counted micro-drops, the scientists assume that a corona-infected person, when speaking normally, emits around a thousand virus-contaminated droplets per minute on average, which float in the room air for about eight minutes.

Another study comes to the conclusion that the particles can be detected in the air for up to three hours. However, the researchers experimented with artificially produced aerosols, which “differ fundamentally from coughing / sneezing patients with Covid-19 in normal social interaction,” as the Robert Koch Institute emphasizes. Whether and how quickly aerosols sink also depends on factors such as room temperature or humidity.

With the air purifier against aerosols?

A research team at the Goethe University in Frankfurt found out through a study that commercially available air filters can significantly reduce aerosol pollution. In a large-scale experiment, the scientists set up four air purifiers with so-called HEPA filters in a classroom and determined the concentration of aerosols in the air.

The  result: According to the research group, the concentration of the aerosols decreased by 90 percent within half an hour.

The re were 27 students in the room, windows and doors were closed during the measurement. As a reference value, the scientists gave the concentration of aerosols in a neighboring classroom without an air purifier.

In November, an experiment by the Fraunhofer Institute for Telecommunications in Dortmund’s concert hall provided results for the first time on the spread of aerosols in concert halls and showed that the distribution of aerosols in the immediate vicinity is minimal. During the experiment, the ventilation system in the concert hall produced considerable dilution effects from concentrated aerosols and CO2 even at a short distance.

Correct ventilation – is that the solution?

The  effectiveness of window ventilation depends on how strong the wind is outside and how big the temperature difference is between inside and outside. In general, however, the following applies: if you open the window for only five minutes, it is not enough to remove the dirt in the interior.

With regard to schools, Martin Kriegel, the head of the Hermann Rietschel Institute at the TU Berlin, recommends: “30 minutes of lessons, 15 minutes break.

The  break should be much longer and there should be more ventilation. And the lesson times should actually be shorter. ” A single infected person in a room could infect all the others, especially since the time spent in the classrooms was relatively long and the ventilation situation in many cases was insufficient.

In addition, Kriegel urgently advocates wearing a mask all the time in class: “90 percent of the aerosols bypass the edges of the mask, but the masks prevent the other person from getting my breath directly. Instead, the airflow is deflected.

The  aerosols get into the room air , but no longer in a highly concentrated form on my counterpart. ”

How dangerous are air travel?

With regard to air travel, there is no risk for passengers, at least from the perspective of aircraft manufacturers and airlines. Airbus emphasizes that a complex and closed ventilation system ensures very clean air and a low risk of infection on board.

The  air in the cabin is renewed every two to three minutes and corresponds to the quality in a hospital. In addition, the air constantly flows down from the ceiling and is extracted again on the floor.

How high the risk of infection in airplanes could really be is, however, controversial – because of the proximity of the passengers to one another, because the aerosols are not drawn off immediately and because the air conditioning systems only work at full capacity during flight operations.

Berliners are allowed to go shopping in Poland – BZ Berlin Germany is thinking about tightening the measures 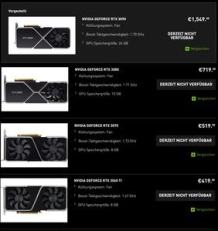