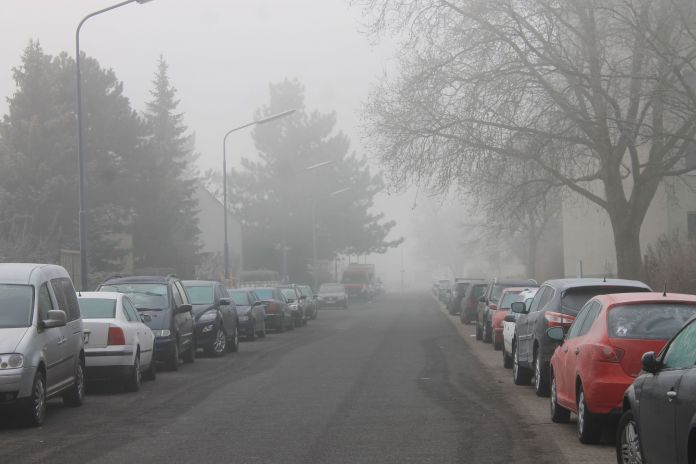 The  next weekend the temperatures will rise across Austria, but the weather outlook for the next few days is rather gloomy.
A weakening cold front touched the north of the Alpine republic on Friday. Subsequently, the influence of high pressure increases, so the next few days are quite calm. With a south-westerly, increasingly foehn-like current, significantly milder air is introduced in phases. However, the tendency towards fog increases significantly in the lowlands.

On Friday you have to reckon with high fog, especially from the Waldviertel and Weinviertel to the Graz Basin, but otherwise compact clouds pass through north of the main Alpine ridge, especially in the first half of the day. From Lake Constance to the Inn and Mühlviertel, it can even rain a little now and then.

The  south is generally favored by the weather, and from midday onwards, the sun comes out more and more in the west.

The  maximum values ​​are between 6 and 14 degrees, depending on the sun.

Of the Saturday starts in the lowlands and in some valleys with fog or high fog. Especially in the Danube region, in the eastern lowlands and in the southeast, the cloudy gray can sometimes persist. Away from or above the cloudy regions, the sun often shines with a few veils.

The  wind usually blows only weakly from mainly eastern directions.

The  temperatures are widely spread: In the permanent gray it stays cool at around 5 to 8 degrees, otherwise it becomes spring-like with up to 17 degrees in the west.

➤ You can find the detailed weather forecast for over 50,000 locations worldwide at wetter.heute.at

Thick fog up into the valleys

Am Sunday the high pressure weather continues. Away from the mountains, thick fog or high fog lingers in many places, as well as in some valleys and basins. In the mountains, on the other hand, the sun shines almost clear from the morning. From midday the fog begins to dissolve in places, but it often remains gray, especially in the Waldviertel and Weinviertel as well as on the eastern edge of the Alps. In addition, there is a brisk south-easterly wind in the east and a foehn in the northern Alps.

The  temperatures rise to 5 to 18 degrees depending on the fog and sun.

Of the Monday has to offer no fundamental change in weather, strong high pressure influences in the mountainous region again early in the morning for a lot of sunshine. In the flat and hill country, however, fog and high fog are tough, especially in the Waldviertel it can also drizzle a little. Only in the afternoon do the chances of sunny clearing from the Alps increase. In the northern Alps it remains slightly foehn, otherwise moderate to brisk southeast wind blows.

The  maximum values: Depending on the fog and sun, 5 to 19 degrees.

Xiaomi has presented the Mi 11i performance smartphone

Pandemic in Germany and the world: update of the Corona warning...

Lockdown in Berlin: Left and Greens want to exempt children from...

Germany in the pandemic: There is a great fear in Lindner’s...