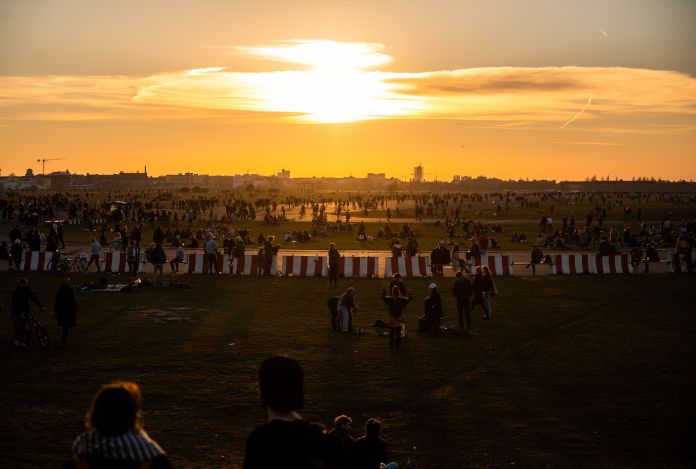 Berlin – In the course of the spring-like temperatures over the weekend, the Berlin police wrote 244 reports for violating the corona rules.  The  administrative offense reports were written from Friday to Sunday, the police announced on Monday.

The  majority of the residents adhere to the regulations and pay attention to hygiene rules and minimum distances.

Many people were out in the open.

The  Mauerpark was a focus of city-wide controls, the police said. Up to 7,000 people were here at the same time in the afternoon hours on Sunday.

The  ban on alcohol in green spaces had been disregarded, and there had been some barbecues. Because the Corona distance rules were not observed, police officers checked the entrances to the park and pointed out the rules with loudspeaker announcements. Administrative offense proceedings have been initiated.

In Wilmersdorf, around 100 people watched a musical performance on Nikolsburger Platz. According to the police, some passers-by did not keep the safety distance and occasionally did not wear a mouth and nose cover. After a musician was banned from performing, the crowd broke up.

The re was also a complaint here.

“Skewed optics” with tariff increases for A1, Drei and Magenta WAC President Riegler on his new haircut: “I was scared in...

“Kill you all”: Aggressive man triggers blockade at Frankfurt Airport

Past the podium by 0.5 seconds: Preuss is the best non-Norwegian