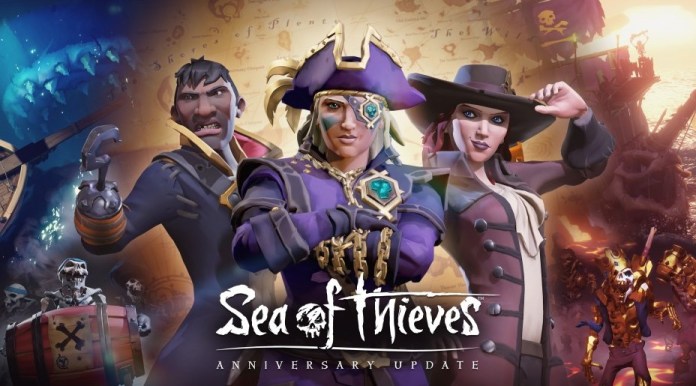 Rare Adventure Sea of ​​Thieves sets the record for most active players 35 months after launch.
Joe Neate, the executive producer, commented in the video (below) about the “incredible” development of Sea Of Thieves – even 35 months after its release. He thanked everyone who “have been there from the beginning and have recently joined us”.

He pointed out that 2021 will be the most exciting and biggest year yet for gamers and developers.  The  start of the new season plan – with new content added every few months – is “just the beginning,” according to Neate.

In order to keep the increasing number of players, the studio has hired new employees.

The  growth in active players should also reflect the number of employees and the team at RARE should continue to support Sea of ​​Thieves vigorously, said Neate.

Rare wants to “make the game as big as possible”. To achieve this goal, the latest update includes new unlockable skins for players, weapons, ships and more. In addition, PC gamers can now invite their friends via Steam to make playing games together even easier.

The  game has been given a new setting with which you can switch between mono and stereo output if one of the two causes problems for you. Finally, Neate announces that the Japanese localization is also available.

If you want to know more about the new version and its great success, just have a look at the following video:

How Trump’s “big thing” fizzled out

Post-Brexit negotiations are stuck on fisheries