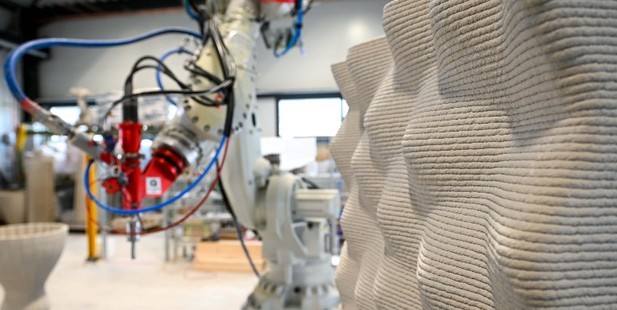 Concrete 3D: Vorarlberg company as a pioneer in 3D printing with concrete.

JOLO Betonfertigteile and Tomaselli Gabriel Bau have founded a joint company for 3D printing with concrete: Concrete 3D GmbH, based in Nüziders (Vorarlberg / Austria), is one of the first companies in the world that is already using concrete parts from the 3D printer in practice .  The  shareholders have invested around 300,000 euros in the facility.

The  pilot phase was successfully completed at the beginning of February, and market entry is now beginning.

Up until now, 3D printing with concrete has only been used in research and used in a few reference projects. Concrete 3D GmbH from Vorarlberg is now one of the first companies in the world to use 3D-printed concrete parts in practice. “This young, exciting technology has enormous potential. We want to be among the first with this innovation, ”is how the two managing directors Markus Loacker and Philipp Tomaselli formulate the ambitious goal.

The  know-how of JOLO precast concrete parts and Tomaselli Gabriel Bau are incorporated.

The  first 3D-printed parts were also used in projects of the shareholders. Loacker: “Thanks to our partnership, development and practical implementation go hand in hand.”

The  two companies are each with 50 percentt involved in Concrete 3D GmbH. After about three months of familiarization with the first projects, the market entry follows in March. “We will gain further experience with pilot customers from the region and then become active step by step in the entire German-speaking area,” says division manager Michael Gabriel, looking forward to the start.

“3D printing opens up new dimensions”
Loacker and Tomaselli had worked intensively with the technology for two years until they found a practical system.

The  investment amounted to around 300,000 euros. A 6-axis industrial robot with a 2.8 meter radius provides movement.

The  concrete pressure tracks with a thickness of 1 to 3 cm are applied via a pressure nozzle, the mortar pump supplies replenishment.

The re are also hardware and software components.

What is printed is what is imported as a CAD plan. For example, the system takes around five minutes to produce a flower pot one meter high and in diameter.

The re are hardly any limits to the possibilities: “3D printing opens up new dimensions. What used to be unthinkable with concrete, free-form production without formwork, is now becoming a reality. We can manufacture complex geometries – and we can do so in series, ”explains Michael Gabriel. “Digitization, industrialization and productivity are major future topics in the construction industry. 3D printing combines all three and also enables individuality, ”explains Philipp Tomaselli.

A positive side effect: the concrete elements can be reduced to the structurally necessary dimension using 3D printing – this saves material, costs and protects the climate.

An important task for the new company is to make the new opportunities known to the market. “Many cannot imagine that concrete can be printed. And certainly not what can be made from it, ”says Markus Loacker. “We have to show construction companies, architects and structural engineers these options.”

Djokovic at the Australian Open: “Nobody can break my mind” –...

Apple Watch 7 with rough edges: here with this smartwatch dream

Only 19 free intensive care beds in the region

Rapid tests for citizens would be a huge relief 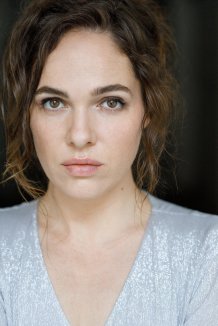 Salzburg Festival with Verena Altenberger: The passion comes from Hallein