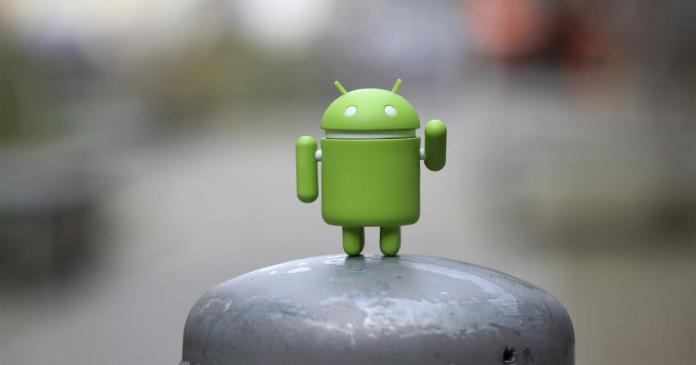 Backups, automation and firewall: if you root your smartphone, you get even more control over Android thanks to some apps.
Of the 2 prevalent mobile operating systems on the market, Android is commonly considered to be the freer one. While Apple usually only allows very few adjustments and system access without jailbreaking is virtually impossible, the freedom is occasionally greater with Android.

The  fact that Android is a limitless operating system is anything but correct. Here, too, increased rights are required in order to be able to intervene more deeply in the system. Even preinstalled applications can sometimes not be deleted if there are no system rights. So-called rooting is required to get these rights.

By modifying the firmware, we circumvent the restrictions of Android and can also access system files that would otherwise not be easily accessible.

The  extended rights also allow us to use some interesting apps that can make Android life even more pleasant.

Backing up on unmodified Android devices usually works quite smoothly. Content can usually be backed up using software from the manufacturer or some additional apps and restored in the event of problems. Anyone who hops between ROMs on rooted devices or has to migrate frequently would of course also want to save the effort of constantly having to set up the device again. This is where Migrate comes in.

The  relatively new app takes care of backing up and restoring our data. Once installed, we simply start Migrate before the next ROM change and let the wizard take us by the hand. During the process, this asks us which data should be backed up. Apps, SMS, contacts, pictures and other data can be selected here. Using our own app list, we can even fine-tune which apps we want and whether we want to take the associated data with us.

If we have marked everything important, Migrate packs our data in a flashable ZIP file, which is compatible with Magisk, among other things. After we have made the jump to the new ROM, the ZIP file is simply unzipped or installed and the old state is restored.

Migrate is available free of charge for Android.

The  Tasker app is one of the most popular automation apps. With Android almost since the birth, the app allows automatic processes to be created for countless areas.

If we have certain habits that should be done automatically, Tasker is the right app for these tasks. For example, if we want to activate flight mode automatically when we go to sleep or mute the smartphone depending on the WiFi currently being used, Tasker automatically takes over these settings for us.

While many actions do not require any root, there are also some tasks that are not possible without system access. For example, switching between 2G and 3G or manually setting the CPU frequency requires increased rights. But even the automated restart cannot take place without root.

Tasker is available for EUR 3.59 for Android.

When it comes to controlling your own data, rights management is a particularly important issue. Through this, apps, regardless of where they come from, get their permission to access certain data on our device. If we want to use a messenger, for example, we have to assign authorization to read our contacts in order to enable our contacts to be used.

While iOS tries more and more aggressively to take action against the abuse of rights, Android lagged behind for a long time. Despite improved rights management, an app like Permission Ruler is worth its weight in gold. On unrooted devices, this enables all permissions to be set manually for each individual app. If we want to withdraw rights from a certain app, we can do this via the new administration page.

Apps can also be completely ignored and queries blocked if we no longer want to hear about the request for permissions. If you use the application on a root device, you get even more from Permission Ruler. When our device is in standby, the Permission Ruler slams the door completely. If our display goes off, the app automatically withdraws the rights from all other applications until the device is next actively used.

This puts a stop to the unclean hustle and bustle of so many apps. If there are functional restrictions in some places, we can add exceptions via a separate list.

Permission Ruler is available free of charge for Android.

AFWall + is a front-end app for Linux iptables.

The  application enables us to regulate the flow of data on our device down to the smallest detail. If installed, we get an overview of all apps on our device and what they are doing in the background.

AFWall + provides its own blacklist in which an entry is created for each individual application, be it from a third-party provider or from the system itself. Using these lists, we can then withdraw or reassign the authorizations bit by bit, depending on where we want to start. For example, if Facebook should only work in the in-house WLAN, but not when we access the mobile network while on the move, we can deny the app access to the network in this case.

Such a block can make sense for several reasons. If, for example, there are apps that we filter in our own WiFi anyway, but cannot regulate via the cellular network, a barrier can be set. With a view to mobile communications, data consumption is also a major issue.

If apps do not adhere to restrictions or if we have to prevent ourselves from excessive surfing, we can block relevant apps and save the possibly limited data volume. AFWall + also collects all attempts by blocked apps and shows us when they last knocked on the firewall.

AFWall + is available free of charge for Android.

If blocking access via individual networks is not fine enough for you, AdAway can go one step further. While the app is often used as an ad blocker, the basic functionality mainly allows the blocking of undesirable data connections. If we know, for example, that some apps are out of line and contact third-party sites that collect data about us, we can intervene here.

The  social network also follows us if we personally have never used the app and its service or do not want to use it. Due to the integration on countless pages and the use of the SDK in many apps, Facebook is often where we don’t expect it. If we enter the Facebook URL in the AdAway list, it can no longer be reached from any page or app.

This functionality is achieved by using the hosts file on the device. If a DNS request is made for a specific page, entries in the hosts file are requested. If a page is entered here by AdAway, the page will be redirected to nothing and will not be accessible to our device. In order not to have to search for pages that are suitable for the block list, there are ready-made lists that can be downloaded in the app and also on the Internet.

Since AdAway is an open source application, it was decided to publish it via the popular F-Droid store. A direct download is also possible.

AdAway is available for free from the free F-Droid store or directly from AdAway.

The  rooting of devices enables access to parts of the operating system that are otherwise inaccessible or modifiable. While the above-mentioned applications do not carry out any serious modifications and allow a return to the original state, it is important to proceed with caution when handling rooted devices. In the worst case, incorrect handling of system files can lead to data loss.

CDU – Annegret Kramp-Karrenbauer: The new freedom of the AKK

The coronavirus deepens inequality in the world

First NBA loss of the season for San Antonio