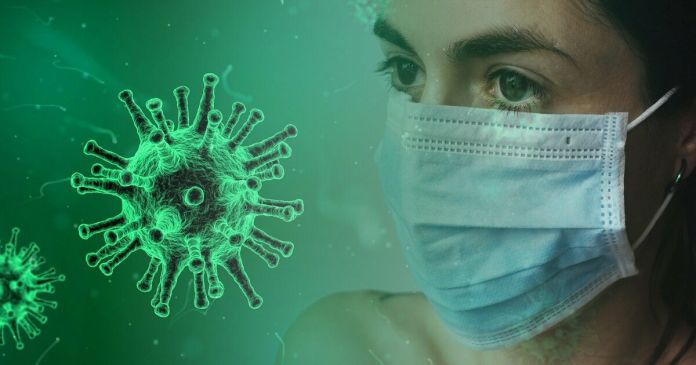 Virologist Andreas Bergthaler told the APA that one must remain vigilant, but not fall into “alarmism” every week.

According to the microbiologist Andreas Bergthaler, there is so far no evidence that the corona mutation P.1 from Brazil and Japan is also widespread in Austria. (SYMBOL IMAGE)

The next coronavirus variant could have arrived in Salzburg. The country reports evidence of the Brazilian mutation in a person who tested positive for Covid-19. The affected …

The boom of the term “variant” arose around the end of the year with the realization that the “British variant” (B.1.1.7) spread more quickly than the so-called wild type of the new coronavirus, and not just at the place of its discovery. There was also the South Africa variant with its designation B.1.351, which was particularly popular in Austria in Tyrol. What both of them have in common is that they actually have numerous changes (mutations) in their genetic makeup compared to the original pathogen.

Corona mutations under the microscope

Bergthaler and his team at the Research Center for Molecular Medicine (CeMM) of the Academy of Sciences (ÖAW) have been following the pathogen’s development since the beginning of the pandemic. The SARS-CoV-2 virus can be viewed as a family tree that has repeatedly branched out – and now many, because more than 500,000 genomes have been sequenced worldwide. B.1.1.7 and B.1.351 can, however, be seen as branches that protrude at least unusually far. The British variant was able to combine more than 17 additional mutations by leaps and bounds for the first time. In addition, there was at least one mutation in the spike protein that was also found in the independently generated B.1.351 branch.

Is the infection process changed?

Here you can easily say that it is a new variant, says Bergthaler. But that is not always so clear and also depends somewhat on who is trying to classify it here. Danish, Finnish, Brazilian or Czech “variants” or not – the decisive question is ultimately whether they change the infection process through the accumulation of mutations. Mutations can make the virus more easily transmissible or lead to the fact that it can better escape the body’s own defenses built up by a vaccination (ability to “Immunescape”). In addition, the course of the disease in Covid 19 patients could also be influenced. Ultimately, this leads to the political question of whether the emergence should lead to separate containment measures, such as in Tyrol in the case of the South Africa variant.

Accompanying these leaps in the assessment reasonably quickly with reasonably reliable data is extremely difficult, emphasized Bergthaler. The practice of assigning the variants to presumed countries of origin serves the “pigeonhole thinking” preferred by people. The distribution pattern and the composition of the mutations itself actually change weekly if, for example, a variant suddenly picks up an additional mutation somewhere.

While sequencing is complex, but relatively “relatively simple” with the appropriate team and infrastructure, it is much more difficult to make statements on infectivity and the “immune landscape” based on laboratory tests. There are interesting approaches here where new mutations and combinations and their possible effects are played through in simulations before they occur. In reality, however, there are various other influencing factors, explained Bergthaler: “In addition to experiments in the laboratory, you also need solid epidemiological data, and that takes time.”

Therefore, one should also be careful with the ringing of the alarm bells. Bergthaler: “You could certainly write a new newspaper article every week about some variant that was found somewhere.” The more interesting and still unanswered question is why such mutation clusters have been appearing especially since autumn 2020.

A current example is the “Czech” variant (B.1.258), which has known mutations, but also has a new change at position “N439K” of the spike protein. This mutation has also been seen in Austria since January “in an astonishingly high number”, says Bergthaler: “This is a mutation constellation that is obviously very successful.” You can also find these in wastewater samples. “We don’t have to be alarmist about that. But I believe that it will still be very helpful if we understand what is circulating around us in real time, if possible.” Fortunately, in Austria a lot has developed in terms of monitoring over the past few weeks, said the researcher.

It is currently also evident that the British variant is on the rise, especially in the east of the country. In the west, wastewater samples would meanwhile also show higher B.1.1.7 proportions. In Tyrol it is not yet completely clear how well the spread of B.1.351 has been at least regionally contained. In any case, all question marks about the mutations would clearly show how important it is to push the total numbers down, emphasized Bergthaler: “No matter which variant is behind it at the end of the day.”

Risk of poisoning: For fear of corona, people swallow wormer for horses 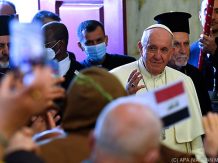 Dispute over US minimum wage – Biden takes on Bezos In the generation change: More women, more migrants – how the...

German rock greats dead: The band is legendary – “His health...

Corona: Macron positive – Merkel had to take a test

Daniil Kwjat on opponent Grosjean: “What is he doing?”

Refugees in Bosnia remain without camp due to protests