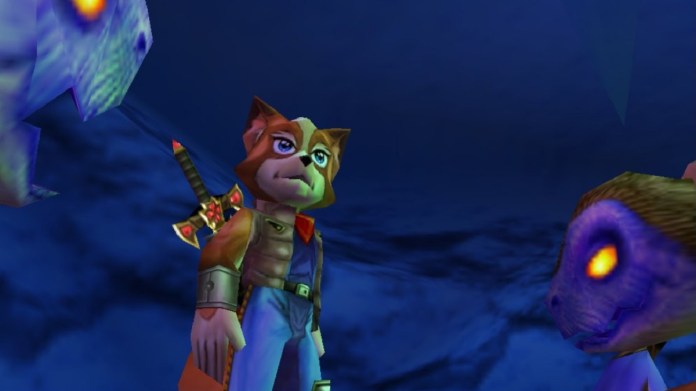 Recently, a previously unreleased N64 game from Rare has emerged that is fully playable.

Today we have great news for all N64 fans and for all who are interested in the history of video games. Indeed, “Forest of Illusion” – a group that has set itself the goal of preserving the history of Nintendo (consoles, games, etc.) – got their hands on the unreleased game Dinosaur Planet.

This 2000 build is from a private collector from Sweden. It is not known where the collector got this build from. But that shouldn’t interest us at this point.

The  build currently doesn’t seem to run 100 percent perfectly on any emulator, but you still get a good impression of the game, which was obviously very much inspired by Zelda.

As I said, the game was never finished and therefore never published, but a few years later Dinosaur Planet became Star Fox Adventures for the GameCube – for me one of the best games on the system.

Dinosaur Planet has now found its place in the internet archive, where it will hopefully not be forgotten.

Here is a tweet from “Forest of Illusion” with some screenshots from the game:

Today we have released Dinosaur Planet by Rare for Nintendo 64.

The  development was halted and moved to the GameCube, where it was then released as Star Fox Adventures. Enjoy! (More info in this thread).

Here is a video showing 20 minutes from the game:

We have more news, information and videos on the subject of “N64” for you here.

We think that:
It’s cool that Dinosaur Planet showed up after so many years. But it’s a shame that it never came onto the market. But at least a few years later, based on the game, Star Fox Adventures was created – a great adventure.

At least three dead after storm “Filomena” in Spain – world...

“The best that Berlin has ever received”

Montgomery warns of festivities with the risk of death: “It is... Schools remain too many questions unanswered for a long time

Infectiologist: Corona situation “absolutely a cause for concern” – Coronavirus