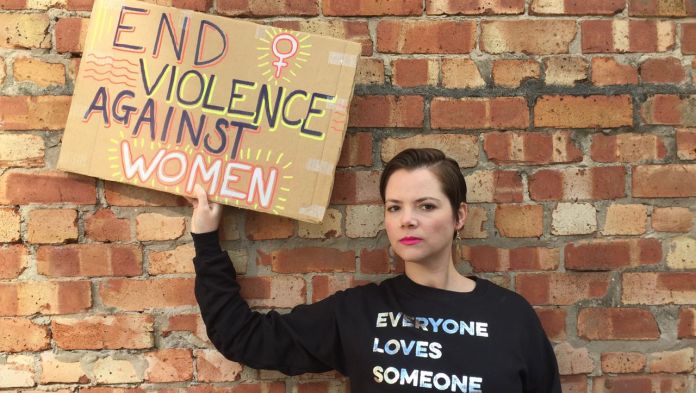 In the spring of 2020, a scary pandemic will paralyze the world, and Lusy Abela is taking a pregnancy test. Result: positive. She is rigid with fear.

The  single mother of two children does not want to have another baby, it would not be financially feasible. Her boyfriend at the time, she says, neither wants the child, nor does he support her. She starts googling, looks for a way out under “Abortion”.

The  37-year-old financial auditor is afraid of criminal prosecution, she explains during a Zoom interview. Because Lusy lives in Malta.

The  country with the strictest abortion law in the EU. Malta is the only EU country where abortion is completely prohibited.

This also applies if the pregnant woman has been raped, the child is very ill, severely disabled or unable to live, and even if the mother’s life is at risk. A violation can be punished with up to three years in prison.

The re are not even 20 countries in the world with similarly strict regulations.

Around 500,000 people live in Malta. It feels like everyone knows each other, says Lusy. Those who abort are socially ostracized and condemned. Again and again Lusy asks not to be recognizable in this text. She is afraid of jail time.

Catholicism is the state religion in Malta, and it defines life on the island: sex is a taboo subject and something to be had at home in marriage.

The re is only limited sex education at school.

The  topic of abortion is ignored in medical school. Unintentionally pregnant women who seek help from a doctor are convicted or forced to keep the child.

Women who can afford this go abroad to have an abortion and have an abortion performed there in a private clinic. But how do you leave the country if the borders are tight due to Corona? And anyway: Lusy wouldn’t have had the money for it without lockdown. An abortion costs up to 1,800 euros in Great Britain, for example, plus travel and hotel fees.

Lusy has been a member of the Facebook group “Women for Women (Malta)” for a long time. Around 40,000 women are here among themselves. Lusy uses the group to find the website of the Doctors for Choice, a group of doctors who fight for the decriminalization of abortion. On the Internet they provide information about contraception, female health and abortion.

One of them is Natalie Psaila.

The  general practitioner co-founded Doctors for Choice. To remove the taboo from abortions and to stand up for the autonomy of women. “To me, abortion means freedom. To have the choice to be able to determine my own body. To live my life the way I want it, «says the 35-year-old in an interview with Zoom. “That’s why I’m Pro Choice.”

Before the pandemic, they went to demonstrations, says Psaila.

The  NGO organizes information events about sex and contraception. In lockdown, however, it is difficult to get hold of women. That is why they offer telephone advice to unwanted pregnant women and women who have been discriminated against, harassed or raped.

The  »Doctors for Choice« forward Lusy: to »Women on Web«.

The  offer applies to women who live in countries where they are denied access to safe abortions.

The  website is available in 26 languages. In relation to the number of inhabitants, most inquiries come from South Korea, Poland and: Malta.

The  World Health Organization (WHO) classifies medical abortion with tablets as safe up to the twelfth week of pregnancy.

The  pills will then be sent by post. A donation of 90 euros is recommended, but is voluntary.

In normal times, »Women on Web« guarantees delivery of the tablets within a maximum of two weeks. But not during a pandemic. Flights are canceled, supply chains are interrupted and Lusy worries about the parcel every day. “Waiting for the pills was almost the worst. I was terrified that they would be late. I updated the parcel tracking on my cell phone every minute, ”she says.

The  package has arrived. Lusy received instructions via email.

The  tablets should be taken orally, not vaginally.

The  active ingredient cannot be detected in the blood “if there are complications”.

One pill of mifepristone and, 24 hours later, four pills of misoprostol. Lusy has confided in her cousin and a friend.

The  two accompany you through the procedure. Nobody else knows about their plan. It is illegal to take the tablets in Malta.

The re are complications. Lusy vomits, spits out the pills. She bleeds non-stop and eventually has to go to the hospital. She is being treated and can go home soon.

The  bleeding continues for a few more weeks. “During all the weeks since the pregnancy test, I’ve felt more alone than ever,” Lusy says today.

The  feminist activist founded the website Break the Taboo Malta, where women can share their experiences. “It’s about making women’s stories visible. Everyone should see what is happening in Malta, «says the 34-year-old. Women report attempts to have an abortion with a clothes hanger. Unintentionally pregnant tourists describe how they stranded on the island during the Corona lockdown and were left to their own devices.

Malta is a land of contrasts. It has some of the most progressive LGBTQI laws in the world. Since 2015, adults can choose their gender designation themselves. Male, female, diverse – all you have to do is fill out a form at the competent authority. Marriage for All was introduced in 2017. When it comes to women’s rights to self-determination, however, the country is anything but progressive.

The resa Galea Testa sees it differently. She is a Maltese gynecologist and an anti-abortionist.

The  51-year-old describes herself as a pro-life activist and feminist. “Human life begins with conception,” she says. Abortion is the opposite of feminism because it is against the nature of the female body. It is horrific to kill one’s offspring. “We humans shouldn’t judge life and death. As a doctor, I in particular have the task of protecting life, «says Testa.

It is people like Testa who Lusy is afraid of.

The y judge her for what she did, she says. Nobody can be trusted in Malta. To this day, almost a year later, Lusy has never told her family, friends or work colleagues about her abortion. Still, she regrets nothing. “I would do it again.

The  abortion was the best decision I could make. ”

This contribution is part of the Global Society project

The  reports, analyzes, photo series, videos and podcasts appear in the international section of SPIEGEL.

The  project is long-term and will be supported by the Bill & Melinda Gates Foundation (BMGF) for three years.

A detailed FAQ with questions and answers about the project can be found here.

The  Bill & Melinda Gates Foundation (BMGF) is supporting the project for three years with a total of around 2.3 million euros.

The  editorial content is created without any influence from the Gates Foundation.

The  Guardian” and “El País” have set up similar sections on their news pages with “Global Development” and “Planeta Futuro” with the support of the Gates Foundation.

In recent years, SPIEGEL has already implemented two projects with the European Journalism Center (EJC) and the support of the Bill & Melinda Gates Foundation:

The  New Arrivals”, as part of this several award-winning multimedia reports on the topics of migration and flight have been produced.

Frustration in the fjord! The FCN ticker to annoy you...

Major fire in the supermarket in Buckow! 100 firefighters in...

Before the Olympics: Japan in vaccination mess

Cold, colder, coldest: This is how Corona brings good business to...

Medicines Agency EMA is about to make a decision on Moderna...

Fight against corona in China: Beijing goes into “emergency mode”