The re are two things that shape Woody Allen’s public perception. On the one hand, there is the director who brought the film world some masterpieces. And on the other hand, the private individual, against whom abuse allegations are made.

Woody Allen hit the headlines with his private life in 1992 when his long-time partner Mia Farrow discovered nude photos of her then 21-year-old adoptive daughter on the director’s premises. Allen then confessed to having an affair with Soon-Yi Previn, who was almost 35 years his junior, he later married her and is still with her today.

The  separation from Farrow turned into a mud fight, including a court custody battle. In the course of this August 1992 trial, Dylan Farrow, then seven years old, alleged that her adoptive father Allen had abused and sexually molested her.

Medical experts came to the conclusion that the girl had not been sexually abused, but at the same time Allen was denied the right to visit Dylan in the custody process, as the prosecutor wanted to see evidence of abuse.

The  case was never finally resolved. Allen managed to successfully continue his career as a filmmaker and largely separate his private problems from his professional life.

The  now grown-up Dylan Farrow renewed the abuse allegations again and again in recent years, Allen always rejected them firmly. He says the adopted daughter was trained by Mia Farrow to make the allegations because his ex-partner is jealous of his relationship with Soon-Yi Previn.

The  new four-part documentary “Allen v. Farrow” from the US pay-TV broadcaster HBO now aims to shed light on the darkness.

The  first episode was broadcast on Sunday in the USA, when it will be shown in Germany is open.

But it is already clear that the documentary will put the now 85-year-old Allen in distress. “I was always in his clutches, I was always on the run,” Dylan Farrow recalls.

A home video shot by Mia Farrow with a camcorder in 1992, in which seven-year-old Dylan talks about how Allen allegedly touched and abused her in the attic of the family home in Connecticut, is shown publicly for the first time.

“I didn’t want that, mom. I didn’t want him to do that,” the girl says into the camera. Allen is said to have spent 20 minutes alone with Dylan, although according to mother Mia the nannies were instructed not to leave him alone with her.

In the interviews recorded for the documentary, Dylan and Mia Farrow and the other siblings and friends of the family also provide further details.

Woody Allen himself was not available for interviews

Woody Allen himself does not have a say in the documentation. He declined interview requests, as did his wife Soon-Yi. And so his voice can only be heard in old press conferences, in excerpts from his biography and in phone calls that Mia Farrow recorded and which are now also published in the documentation.

“Tell me where have you been in those 20 minutes,” Farrow asks urgently. “All the details and the truth will come to light when the time is right,” replies Allen cryptically.

It is also alleged that Allen’s affair with Soon-Yi began when Soon-Yi was in high school. And of course it is also mentioned that in Woody Allen’s films, for example in “Manhattan”, the relationships between much older men and very young women are discussed again and again.

The y already caused a stir with “

The  Hunting Ground”, a documentary about rape and abuse at US universities. For “Allen v. Farrow” they collected documents and files for three years and conducted interviews.

As with “King of Pop”, Woody Allen’s work as a director long outshone the allegations – that could change now. “

The  nail in the coffin of Allen’s legacy” is the headline of the Los Angeles Times, referring to the documentary. Most of the press coverage in the US goes in a similar direction.

After “Leaving Neverland” was broadcast, radio stations decided not to play Michael Jackson’s songs any more.

The re was intense discussion around the world about how to deal with Jackson’s musical work. “Allen v. Farrow” could trigger similar discussions for Woody Allen’s films.

Diane Keaton’s career began in 1977 with the film “Der Stadtneurotiker”. Woody Allen had written the role of Annie Hall for the then completely unknown. Diane Keaton became an overnight star. Keaton is now 75. 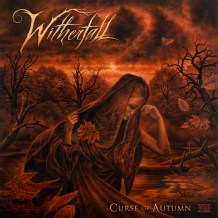 Corona: Support for the incidence rate is crumbling among medical officers

Third lockdown: Understanding and criticism from the federal states – Coronavirus...

No joke, but finally flat again! Samsung smartphone displays as...