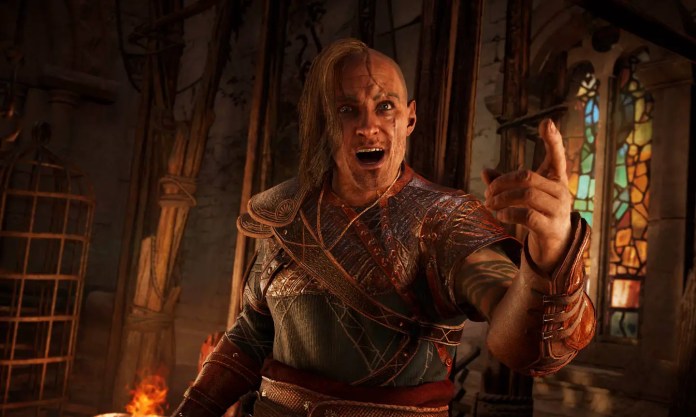 Assassin’s Creed is now a very old franchise. A franchise that deals with Origins reinvented and with Odyssey has consolidated the new path. With the latest Viking adventure, Ubisoft delivers the third game in this new style. Just like Odyssey did Assassin’s Creed Valhalla make a service plan with new content for the game and the beginning River Raids.

I play Assassin’s Creed since Altaiir and the first part of the saga. So you can say that I’ve been there since hour 1.

The  ups and downs of the series are known to everyone and that’s how I experienced the low points of the games. As Ubisoft the adventure with Origins I was skeptical, but saw the innovations very positively and really enjoyed the new titles.

Now stands out since Odyssey and now with the River Raids in Valhalla a new trend. Assassin’s Creed becomes a live service game. At this point I would like to ask the question:

Is Assassin’s Creed a live service game at all?

The  roadmap for Assassin’s Creed Valhalla continues long after the River Raids. At least if Ubisoft has its way. In the River Raids, the developers bring exciting content into play. I can’t and don’t want to criticize the content.

The  raids are a very cool Viking aspect in the game and bring the flair of the conquests as well as resources for the village.

The  question I now asked myself is “What reason do I still have to play the game?” After the first two River Raids I knew there was no reason to continue. Assassin’s Creed is a story adventure in my eyes, when I have finished this, nothing keeps me in the current world. It’s not like in Diablo or other RPGsthat I had different classes that I would level up.

If you look at the main story in Assassin’s Creed Valhalla has not yet finished offering the River Raids clearly a bonus. Resources, armor and skills that have been added bring benefits to the quests and tasks in the game Eivor waiting. But if you’ve already done all of these things, why go back again?

River Raids for AC Valhalla is not a DLC, but a free live service. DLCs ​​for the game are still being planned and in the works. I can’t remember the last time a game was released WITHOUT a DLC plan. Of course, this is simply business and therefore probably indispensable, but developers should think about which games are suitable for such services.

DLCs ​​usually bring one Story continuation or also a secondary line and thus also have a “re-game reason”. But Live Service has (from my point of view) simply no future in a game with a story that also has an end.

Kretschmer is in favor of a step-by-step plan until Easter and...

Four people injured in an apartment fire in Frankfurt

Without power supply, but with the new MIUI 12.5 from tomorrow