As of today, owners of a Galaxy Watch 3 or Active Watch 2 from Samsung can download and install the long overdue update. In addition to numerous new functions, two special features are on board: From now on you can measure a simplified ECG and blood pressure on the smartwatch. Contactless payments with watches will soon be possible.

Much criticism and numerous customer complaints continued – the XlargE magazine reported in detail, and last but not least an advertising breakdown by A1 and Samsung that was exclusively revealed by XlargE, owners of the Galaxy Watch 3 or Active Watch 2 can finally look forward to the long overdue software update. As of today, the update and the associated Health Monitor app have also been rolled out in Austria.

Numerous new functions expand the latest smartwatch models from Samsung. In the near future, contactless payment with the watch will be possible analogous to the Apple Watch itself.

The  main innovations are of course the now integrated blood pressure measurement. After a calibration using an upper arm blood pressure monitor, the user can start the measurement at the push of a button. In the test, the new function performs pretty well and is astonishing in comparison to a conventional measuring device with exact values.

Another feature that has long been available to Apple Watch owners is the measurement of a simple ECG.

The  new functions are accompanied by countless warning notices.

The  APP should recognize a possible atrial fibrillation.

Samsung recently came under massive criticism and numerous forum entries underline the dissatisfaction among Samsung customers. While the blood pressure or EKG function was advertised at the start of sales, with many retailers simply taking over the Samsung advertising texts, after the revelations by XlargE, at least Samsung and A1 withdrew massively within a few hours.

In individual cases, Samsung even offered to buy back the watch in the event of complaints, even though those affected had not been informed in advance how much the refund would be. For example, anyone who purchased the Active Watch 2 from A1 in combination with a contract could not make use of this offer anyway.

Samsung finally justified the delays with a lack of official approvals, although CE certification has been in place since December 2020. In any case, rash advertising promises do not excuse the reason.

Christmas business starts at a slower pace in Lower Saxony |...

Experts decipher the message of the “Zodiac killer” – Welt – 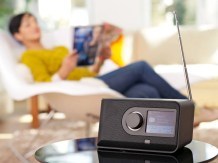 New radio stations for Germany before the start