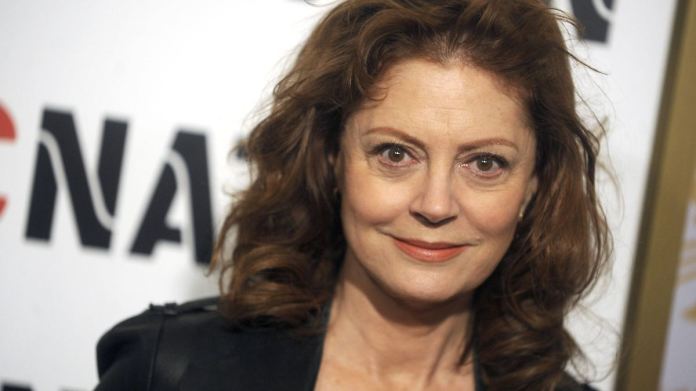 The  Daily Telegraph and said that she now prefers a younger partner. “I now find it difficult to find older people who would be appropriate,” said Sarandon. She needs a man by her side who is “curious” and looking for an “adventure”.

“That’s why I’m drawn to people who are artists, not necessarily actors, but anyone who has a passion for creating. I think I can only be with people who are really looking, interested, and asking questions “said Sarandon. This is much easier to find in younger men because everything is new.

Most recently, Sarandon had a romance with film director Jonathan Bricklin, 31 years his junior. After five years of relationship, the two separated in 2015. Previously, the Oscar winner was twelve years her junior colleague Tim Robbins, the father of her sons Jack and Miles, for more than 20 years without a marriage certificate.

The  35-year-old daughter Eva comes from a relationship with the Italian director Franco Amurri. From 1967 to 1979, Sarandon was also married to actor Chris Sarandon.

The  ultra-liberal Democrat, who has been campaigning against wars, against the death penalty and for the right to abortion for years, had her first big screen hit in 1974 with the cult film “Rocky Horror Picture Show”. French director Louis Malle made Sarandon internationally known in the 1970s, as his girlfriend and with roles in his films “Pretty Baby” and “Atlantic City”. Sarandon celebrated her greatest success with Geena Davis in the road movie “

The lma & Louise”. She won the Oscar for Best Actress in 1996 for the drama “Dead Man Walking” opposite Sean Penn. from the cultural scene – Vorarlberger Nachrichten

WhatsApp fiasco – Signal and Telegram on the rise – Multimedia...

Trial against Arafat Abou-Chaker: Suddenly the accused drives to Bushido

British minorities are skeptical about vaccination