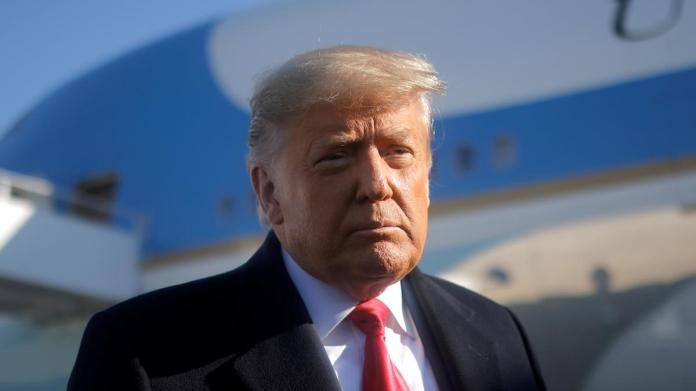 Former President Donald Trump attacked Senate Republican leader Mitch McConnell on Tuesday and suggested that he be removed. McConell had blamed the former president for the January 6th storm on the Capitol.

WA few days after his acquittal in the US Senate, former US President Donald Trump settled accounts with his former ally, top Republican Mitch McConnell. In a lengthy statement on Tuesday, Trump called on Republican senators to turn away from McConnell as the leading Republican in the powerful Chamber of Parliament.

The  Republican Party can never be respected or strong again with political” leaders “like Senator Mitch McConnell at the top,” said Trump. “If the Republican senators hold on to him, they won’t win again. He will never do what needs to be done or what is right for our country. ”Trump berated McConnell as“ grumpy, ill-tempered and serious political useless ”.

The  storming of the US Capitol by supporters of Trump on January 6th had led to a rift between the two Republicans. McConnell blamed Trump for the attack on Congress. On Saturday he said that Trump was “practically and morally” responsible for this. In the impeachment process, with which the Democrats wanted to hold the former president accountable for “inciting a riot,” McConnell voted against a conviction of Trump. McConnell and other Republicans believed the trial was unconstitutional because it was directed against an ex-president.

Impeachment proceedings were conducted against Trump last year, which also ended in an acquittal. On Saturday, the votes of 50 Democrats and 7 Republicans were insufficient for a conviction, which would have required a two-thirds majority of 67 votes.

Coach Jesse Marsch does not rule out further absences

“Bergdoktor” sex scene: Andrea Gerhard was thinking of that meanwhile

Corona leaves its mark on 3a savings accounts

License for “Itslearning” acquired: Berlin’s schools can now use a second...