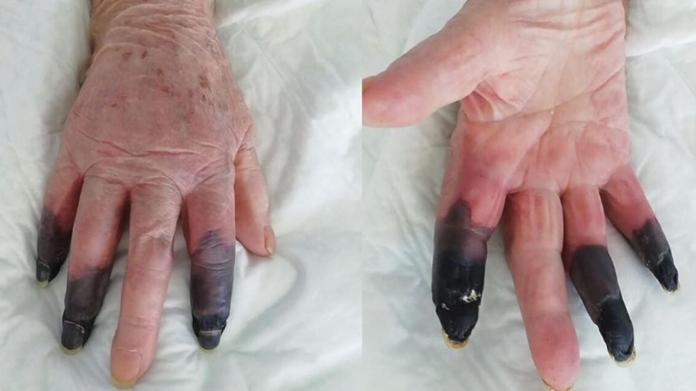 The  pictures are not for the faint of heart. Italian doctors had to amputate three fingers of an 86-year-old woman after a corona infection. After the disease attacked her blood vessels, her fingers turned black and could not be saved.

It is not uncommon for the corona virus to also damage blood vessels. Why this is so has not yet been clearly clarified.

The  prevailing theory, however, is that it is a result of an immune overreaction in which the body attacks healthy tissue.

According to experts, it can be assumed that the woman in Italy had blood clots that interrupted the supply to the fingers.

The  Dutch science publisher “Science Direct” reported on the phenomenon of the “Covid fingers” in its January issue. This also brought the story of the woman from Italy to light.

The  woman has been living without her three fingers for some time now. In March 2020, doctors found that there was no blood flowing to her heart. She was given blood-thinning medication.

The y prevented, among other things, platelets from clumping together.

The  doctors routinely carried out a corona test on the 86-year-old: positive. However, she did not have the classic symptoms.

A month later, her index and ring fingers, as well as her little finger on her right hand, turned black. A scary sight.

The  woman immediately drove to the hospital again. She had developed a dry burn. This occurs when blood flow to a specific part of the body is blocked.

Not an isolated case

As the British newspaper “Dailymail” reports, the Italian is not an isolated case. Accordingly, a 54-year-old from California also had to amputate fingers after a corona infection.

A father of two from Cardiff, Wales, is also said to have lost his left thumb, index finger and half finger last year after contracting the virus and spending two months on a ventilator.

And anyway, doctors say that they noticed a significant number of Covid-19 patients with blood clotting problems. This makes it clear once again that Corona is not only a respiratory infection, but can also attack vessels with serious consequences.

The  corona virus has kept the world in suspense for months. On TVNOW you can now find exciting documentation on the development, spread and consequences of the pandemic.

Study shows: These corona measures are most effective – Coronavirus Vienna

Admira get a striker, Austria is also strengthening

Carsten Jancker and the “Mission 2028”

So the investigators can track down the gold of the coin... 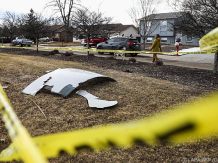