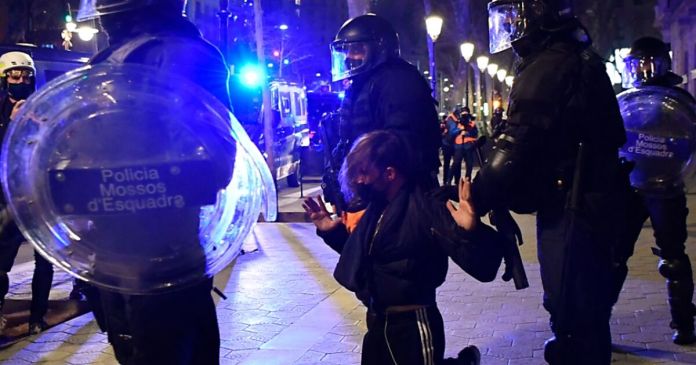 In Madrid, around 400 people took to the streets against Hasél’s arrest on Saturday. Several police vans were parked on Gran Vía, the Spanish capital’s main shopping street, and a police helicopter circled over the demonstrators.

According to Spanish media reports, several hundred people took to the streets in Málaga, Córdoba and Seville.

The re were minor protests in Santander and Logroño.

Hasél was arrested on Tuesday for failing to serve a nine-month prison term for insulting the Spanish royal family and state institutions. On Thursday, the 32-year-old was sentenced to another two and a half years in prison for allegedly threatening a witness in a trial against two police officers.

The re have been protests every evening in Spain since Tuesday.

The y began in Hasél’s native Catalonia, but have since expanded to Madrid and other cities.

The re have been multiple clashes between demonstrators and the police. In total, more than a hundred people have been arrested, 95 in Catalonia alone.