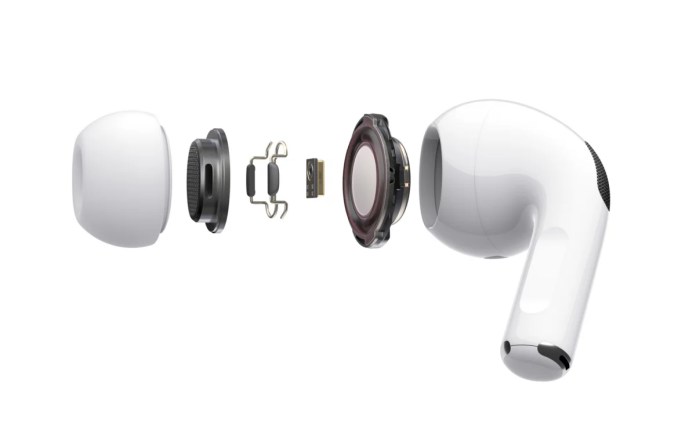 Around two years after the last update, Apple could prepare a new edition of the AirPods: According to a newly published image, the third generation of the true wireless earphones is based on the design of the more expensive AirPods Pro and relies on a significantly shorter and therefore less conspicuous stem. In addition, exchangeable ear tips for the AirPods 3 are under discussion.  The se would allow better adjustment for different user ears – instead of just being delivered in a fixed size.

AirPods 3 with a shortened stem

That of 52audio According to the picture shown, the next generation of AirPods will be delivered with a charging case, which is also reminiscent of the wider battery box of the Pro version.

The  charge status light is located prominently on the front outside, instead of only becoming visible when it is opened. Active noise cancellation should be reserved for the AirPods Pro (and Max). It is unclear whether Apple will bring the 3D audio function into the entry-level models, which ensures spatial sound.

According to previous reports, Apple plans to begin mass production of the new AirPods in the current first half of the year. When these will be introduced remains to be seen. It is possible that these will appear in March – this month Apple has held several product presentations in the past, and new iPads and AirTags key finders are also expected.

The  AirPods 2 have been on the market unchanged for almost two years now, they were presented in March 2019.

At the same time, Apple is also working on the new AirPods Pro, but the second generation is likely to be a long time coming. In this model series, Apple allegedly wants to delete the already shorter stem entirely. A version with a rounder design will be tested, it was said last October.

The  integration of the technology into the even more compact housing is proving to be a challenge and may lead to design changes.

The number rises again for the first time in 14 years

Cash injection from Berlin to renovate the tower

Red carpet for citizens of the Reich in Spandau ?: Xavier...

Passenger plane with 62 people on board disappeared