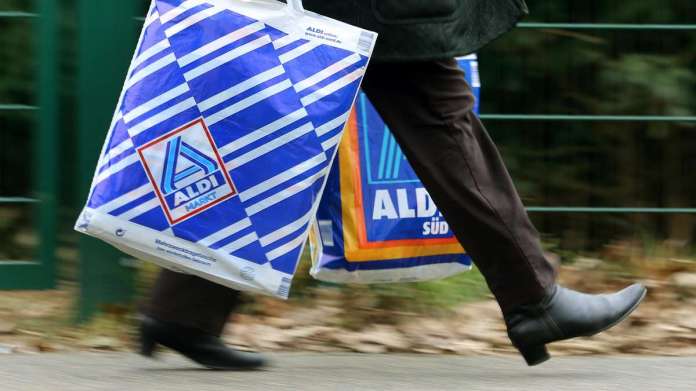 Düsseldorf – At Aldi * we have been going our separate ways for 60 years. In “Aldi Nord” and “Aldi south”  The  brothers

The o and Karl Albrecht * shared their company empire in 1961 after they had virtually invented the “modern discounter” * with the expansion of their retail chain. Now one is apparently about to turn around, but growing competition and probably also the Corona * crisis are not leaving the supermarket giants without a trace. Aldi Süd recently announced that it would close four branches, now Aldi Nord is following suit and is separating from four of its branches – by the end of 2022 there should be only 48 instead of 56 of them.

In difficult times it is better to move closer together, that seems to be the motto at Aldi again. A first, consistent step is the “modernization of the own brands”, as both groups announced last year, “in order to consolidate its market position, secure competitiveness and expand price leadership”. Combine purchasing quantities, create common brands and packaging and thus work more efficiently – when Aldi saves, customers ultimately save through cheaper offers.

The  standardization of the standard range and the promotional goods should also make shopping easier for customers of both groups.

Aldi Nord and Aldi Süd now also want to officially go hand in hand with the path to online retail – for the first time since the big break, a “joint operating company” was founded in Düsseldorf specifically for this purpose.

The y not only want to expand the non-food range on the Internet, but also finally get started with the food trade, reports the Food newspaper on Thursday. 60 years after the separation, both discounters are to work on a “uniform online shop” that “does not need regional differentiation”.

Customers of both Aldi chains have been able to use “Aldi Delivers” Order goods online – primarily non-food items, electrical products and furniture – and have them delivered either to the store or directly to your home. With the new Aldi E-Commerce Verwaltungs GmbH, in which the north and south each have a 50 percent stake, they want to jointly deliver food and “everyday goods”.

The  joint venture has LZ According to one managing director each: Moritz Scheffler, who was previously Global Sales Manager at Henkel, goes on board for Aldi Nord, and Kai Schmidhuber, formerly responsible for digitization at L’Oréal, for Aldi Süd.

The  Aldi Süd homepage has already undergone a relaunch, so that many groceries including price and product description can already be viewed here or in the appropriate app. In terms of IT, the group is already preparing to use it as a purchasing platform for e-commerce and e-food – i.e. as an online shop.

The  online market could also play an important role Real.de play, in which Aldi shows more and more interest. Compared to the LZ Niclas de Lope, member of the board of directors at Aldi Nord, explains a few weeks ago that the online channel has “enormous potential” and should be expanded further. In addition, collaborations – similar to the one that exists with Instacart in the USA – are conceivable.

As the LZ has learned, the foreign subsidiaries of Aldi * in the USA, Australia and the United Kingdom have initiated the offensive in terms of online trading, as Germany and Austria were “more and more cautious in this field”. Perhaps Aldi Nord and Aldi Süd have only deterred the experience of the competition so far: Lidl * has discontinued its online grocery range, while Rewe * is keeping its popular delivery service running – not exactly lucrative. With its products in the low-price segment, things could be difficult for Aldi on the online market as well. Only together do you seem to believe that you can face the challenges.

Discounters see their future in the digital: everything should be possible via app

In the future, digital retrofitting will also take place within the branches of both groups: only digital price tags will be used here by the end of 2021.

The  big advantage that competitor Lidl is already using is that it can respond quickly and flexibly to demand and prevent storage bottlenecks.

The  digital price tags, which are supposed to be part of a billion-dollar program at Aldi, also save employees time.

The  changing product range no longer has to be provided with the right prices every time – this is done with just one click. All Aldi branches worldwide will then work in the same way.

Benefit from the major digital offensive Chip.de according to the employees. In the „Aldi Go“-App internal documents, company special offers, vacation requests, working hours and overtime are recorded. Aldi is already using the practical app in Germany, Great Britain, Austria, Italy and the USA.

The  aim is to collect information that can later be converted into your own loyalty program. According to Chip.de In the future, this could mean for customers to receive vouchers and to be able to query individual store offers via app. Customers should even be able to unblock their shopping carts soon.

Video: Unlock shopping carts via app: Everything will be different at Aldi and Co.

With his “Lidl Plus” app the Aldi competitor is already using various of these options for itself. At Edeka * you can also order groceries and non-food via the app and pick them up directly at the checkout – as well as redeem vouchers and pay cashless.

The  technical progress is well received here and Aldi now wants to jump on this train. If Aldi Nord and Aldi Süd offer the same own brands throughout Germany in the future, the digital concepts will not only be more agile, they will also be promoted more efficiently.

In the price war with the other discounters, branded products – previously these would have been inconceivable in the concept – will play an ever greater role at Aldi, as it has been found that they boost sales. That is why both Aldi Nord and Aldi Süd have the new shelf concepts in front of the tills.

The se not only create space, but also present the offers for customers in a more visually pleasant way than, say, rooting tables. Aldi Nord and Aldi Süd are still separate companies – and yet they are visibly drawing closer together: bakery shops, branded products and now online retailing – together they go on the offensive. (cos) * Merkur.de is part of the nationwide Ippen-Digital network.

A ski flying world championship with a lack of world class

Because of lockdown: banks are warning of a second recession in...

“Brawl at the barbecue” – that was Mike Tyson’s comeback

No bus has stopped here for more than 1.5 years