Damir Buric (Trainer FC Flyeralarm Admira):
… about the fact that you are no longer last: “We remain humble. We also saw that this is a team that we will play twice more. It is important that we see where we are, that we can take on a fight with this team, that we can play on them. We shall see what it will end up with. ”

Andrew Wooten (FC Flyeralarm Admira):
… About the victory: “It was unnecessary that we made it so difficult in the end. We should have seized the opportunities we had much earlier and then the game would have turned out very differently. But nonetheless: We are happy with the three points and hope that this is now a start for a run. ”

… About his goal: “Of course it is always good for a striker when he scores and especially when the team wins. Today was a great day for Admira and we hope that it will continue like this. ”

David Atanga (FC Flyeralarm Admira):
… About the situation of Admira and the game: “You can tell it’s about everything and nobody wants to be last. And yes, the tension should be there, we need that. We built that up in training. (…) We had so many chances and you have to score at least two or three more goals. But unfortunately we didn’t do that. ”

Alex Pastoor (Trainer CASHPOINT SCR Altach):
… About the game and the defensive performance: “That was far too little. We didn’t play any worse than our opponents, but we didn’t achieve enough offensively, played far too little football. And defensive it just looked horrible every now and then. (…) When you play football like that, you have to score at least five goals every game. And that’s too big a task. ”

… about the fact that you are now bottom of the table: “I’ve said this several times:  The  table counts at the end of May and not now.”

… When asked whether the two experienced newcomers are needed for such games: “If we always rely on others who are not there, either experienced players or young players or fast players or big players, I think that’s nonsense. ”

Neven Subotic (CASHPOINT SCR Altach) in a video:
… about the reasons for moving to Altach: “I mainly dealt with people. And then I found the conversation very convincing – not in the sense that they convinced me of something that may or may not be true, but simply of their nature and honesty. ”

… About the expectations of him in Altach: “You will be amazed that I am not jumping ten meters high and still shooting five goals at the same time and slipping away every goal at the back. So I’m not a superman. I try to do the best of it. I also believe that my work ethic is something that sets me apart and that the younger players also take it as a reference. ”

Marc Janko (Sky Expert):
… about Admira: “What was important for the team now was this sense of achievement and the manner in which the two new players played, who brought a lot of momentum into the attacking game of the Südstadters.”

… Before the game about Altach’s new signing Neven Subotic: “It’s a very interesting commitment from Altach.

Toni Pfeffer (Sky Expert):
… About the Altacher: “After the positive experience that you had last week with the 2-1 win against Sturm, you failed to add something that would have been incredibly important in this phase. Now it is all the rage again. ”

… before the game about Altach newcomer Neven Subotic: “In addition to the fact that he is of course a very good footballer, he is an anchor for the young players who is priceless. And that is exactly the reason why you hired a Subotic because he has an invaluable experience. ”

Fire in the city of Stuttgart: fire brigade rescues residents from...

Letter to the editor from Perwang am Grabensee: Thanks to the... 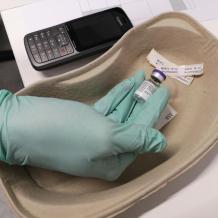 Why the ampoules are distributed so slowly – and sometimes end...

Merkel against a vote of confidence: “No, I won’t do that”

That will change in 2021 for cyclists, cars and motorcyclists