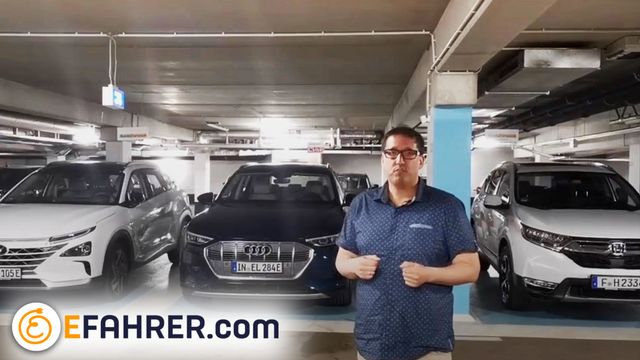 Gabriel Mild * is an old-school car fan: the 33-year-old IT specialist from Ingolstadt is working on his 1965 Mustang in his garage – with a fat V8 engine, of course. In everyday life, Mild drives a sporty petrol company car, Seat’s 300-hp Leon ST Cupra 300 four-wheel drive station wagon.

Mild likes his car and he likes to drive it fast. According to the on-board computer, its average consumption is around twelve liters per 100 kilometers. Mild only has one problem with the Cupra:

The  leasing contract expires in a few months. A new car is urgently needed – preferably a Cupra Leon ST 300 again.

More on the subject: Seat Cupra Leon E-Hybrid in the test:

The  plug-in hybrid is so much fun

Seat no longer offers a direct successor to the powerful all-wheel drive Cupra.

The  Cupra Leon Sportstourer e-Hybrid is currently the best choice. Although the e-hybrid lacks 55 hp and all-wheel drive, it should be much more economical than Mild’s current Cupra with just 1.6 liters of petrol per 100 kilometers.

In addition, the Cupra Leon e-Hybrid has a purely electric standard range of up to 67 kilometers.

The oretically, Mild could cover his entire commute without any fuel if he charges the car in his garage or at his employer.

“Actually, it doesn’t matter what it uses”

A wallbox for charging plug-in hybrids or e-cars is not available in Mild’s garage or at work.

The  electricity for one battery charge costs around four euros. Mild cannot bill for the electricity due to the lack of a wallbox. It’s different with fuel, because Mild has a fuel card for his gasoline engine. “That’s why I don’t really care what it uses.”

Mild still finds plug-in hybrids interesting, he says. “It only costs me half the tax for the monetary benefit.” However, he has never driven one.
He examines the hybrid Cupra from the outside. He thinks the fake air inlets at the front and fake exhaust trims are ridiculous, he says and gets in. “Ah, it’s a shame that there are no Alcantara seats,” he says and presses the engine start button on the steering wheel. “It’s like the Audi TT RS.”

The  petrol engine is faster on the motorway

Mild sails down a narrow forest road in electric mode and turns onto the country road.

The n he presses the driving mode button on the steering wheel and the Cupra roars instantly. “Haha, fake V8 sound from 1.4 liters.”, Says Mild and laughs. “That wouldn’t even be half a cylinder bank from the Mustang.”
Mild presses the gas.

The  Cupra roars loudly, the front tires squeak and the hybrid sprints off. After around eight seconds the heavy station wagon reaches 100 km / h. “Mine can do it in under five seconds,” says Mild.

The  Cupra hybrid gently drives the winding country roads of the Altmühltal and drives onto the motorway. “Above 130, the old Cupra is also much stronger.” Mild also finds the Cupra hybrid’s top speed of 225 km / h.

The  e-Hybrid shines with other qualities.

More on the subject: Tax privilege for hybrid and electric company cars:

Mild strolls silently through an Upper Bavarian village and takes a close look at the infotainment system. “A lot has happened there. You can completely forget about navigation and voice control on mine. ”

The  new Cupra also has a trailer hitch. With his 300, that wasn’t an option. For him as an ambitious do-it-yourselfer, that’s a huge plus, he says.

BMWs 3 Series drive a little above Seats Cupras. EFAHRER.com has already tested how the 3 Series as a plug-in hybrid fares against the classic diesel 3 Series – you can see the conclusion in the video.

Mildly drives back up the narrow forest road and places the Cupra hybrid next to its gasoline engine. After the approximately 15-kilometer sports circuit through the Altmühltal, the on-board computer indicates an average consumption of around ten liters per 100 kilometers. Time for a conclusion.

“I can already imagine using a plug-in next,” he says. “Even if that means a clear reduction in sportiness. I would really miss the all-wheel drive from my 300. “
But a hybrid costs half the tax rate. If a charged battery means more driving fun, he would even have a wallbox built into the garage to settle the electricity costs with the employer, says Mild. “If I only have to interpret the costs for the box, there’s nothing wrong with it.”

Since the end of November there has been a grant of up to 900 euros from the KfW development bank for the purchase and installation of a private wallbox. If you choose the right model, you will get it almost free of charge. EFAHRER.com has tested the best models.

To the wallbox test!

Built for the SUV throne: Seat wants to overtake the competition with this electric car

Seat would like to play in the premium league with its performance subsidiary Cupra and provide tough competition for Audi, BMW and Co. …

Seat wants to play in the premium league with its performance subsidiary Cupra and deliver tough competition to Audi, BMW and Co. Your secret weapon: the Cubra Formentor, which should convince with design, comfort and drive …

Pedestrian numbers in NRW cities in a lockdown comparison 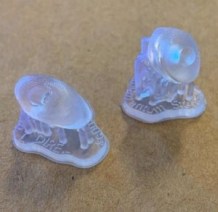