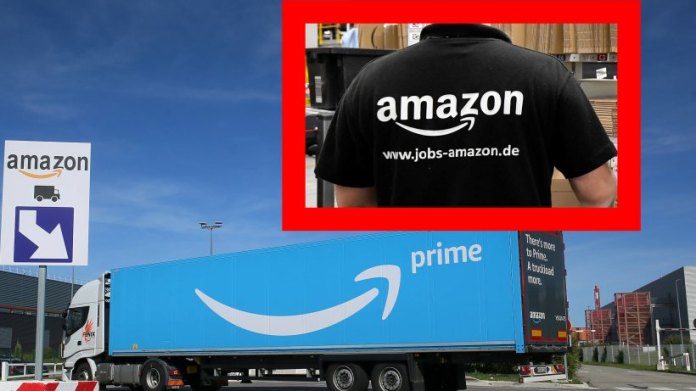 Amazon: Internal video exposed! This is how the group could spy on its employees

Will Amazon spy on your own employees?

The  deliverers are affected.

The y are supposed to be spied on in the delivery van. An internal Amazon-Video has appeared.

Amazon-Drivers should be observed while working in the future. Initially, only the deliverers in the USA are affected.

“We recently started installing camera-based security technology in our fleet,” said one Amazon-Speaker. You want to watch the work yourself aloud Amazon Not.

The  procedure only serves the safety of the driver.

The y fear massive data collection and a deterioration in working conditions.

Amazon explained that the “security technology” is based on Artificial Intelligence (AI) and gives real-time warnings to drivers while they are on the road.

Several studies are said to have shown that accidents can be reduced in this way, according to an internal video. Amazon confirmed the authenticity of the video that US media had first reported.

The  cameras are equipped with several lenses. You are filming in several directions – on the Amazon driver and also on the road. But they do not record any sound and do not broadcast “live” either, Amazon assured in the video.

Nobody could intervene like this during the delivery and listen to the messenger. Amazon uses cameras from the manufacturer Netradyne for this “surveillance”.

The  devices collect data on the traffic situation and driver behavior via the AI ​​system.

The n they evaluate them and give the driver appropriate advice.

The  organization “Fight for the Future”, which campaigns for human rights in the digital age, demands: “Stop immediately”. She spoke of a “mobile army of surveillance cameras”. This further worsened the already difficult working conditions at Amazon.

+++ Edeka recalls THIS food – it can be really dangerous +++

The  US Congress must also initiate an extensive investigation into monitoring Amazon employees, the organization demanded. (ldi / afp)

First estimates: Ceridian HCM with figures for the past quarter |...

Coronavirus: The federal and state governments agree to tighten the corona...

From Japan to Norway: plans to fight the pandemic

Accident series and robbery – man is brought before a judge