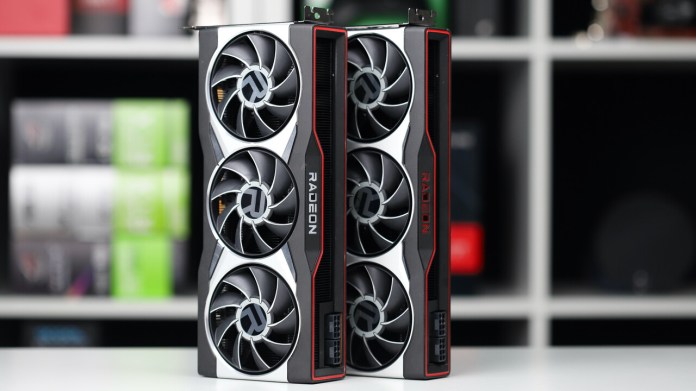 The  RDNA-2 middle class with Navi 22 is scheduled to start on March 18th and rumors have again spoken that the AMD Radeon RX 6700 XT based on Navi 22 XT will appear in two versions with different clock frequencies.

The  website reported at the end of January VideoCardz about such a split.

The  A variant should therefore have a TGP (“Total Graphics Power”) of 230 watts, while the B variant is reduced to 189 watts.

ASIC A especially for OC models

ASIC A would thus be used for all factory overclocked models, while ASIC B should be available for the reference design from AMD itself and all non-overclocked variants.

The  first rumors about the Radeon RX 6700 XT are on Twitter users @patrickschur_ due to the fact that he had already shared information about the short message service in November of last year and also pointed out different TGP classes.

Coreteks speaks of clock frequencies of 2.5 to 2.6 GHz for the ASIC B and once again confirms the 12 GB GDDR6 graphics memory with 16 Gbps on a 192-bit memory interface.

The  OC models with ASIC A should be able to add another five to ten percent of the maximum clock frequency to the reference model, which confirms the aforementioned 2,850 MHz for custom designs, which at the time of Igor’s Lab could be read from a BIOS.

Traffic in the corona pandemic: From Monday, more buses and trams...

Bunker in Stuttgart-Zuffenhausen: Free voters want apartments instead of the bunker...

Prohibit single-family houses? What the Greens want and what not

Last flight from London to BER 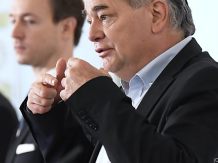