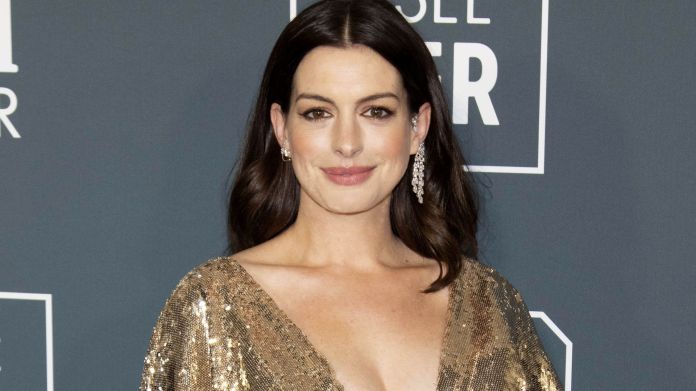 Anne Hathaway (38) is now a mega-successful actress and even an Oscar winner. But climbing the career ladder was no picnic for the screen beauty at first. Her first major roles include Mia  The rmopolis from Suddenly Princess and Andy Sachs from “

The  Devil Wears Prada”. But she had to fight hard for the latter because she was definitely not the favorite for the character of the ambitious journalist.

When the 38-year-old was now connected to an episode of RuPaul’s Drag Race via video call, she let the candidates know that the jobs were not necessarily flown to her at the time and also gave an example directly: “I was the ninth choice for ‘

The  Devil Wears Prada’.” In the end, however, she triumphed and that showed her that you should never give up.

Your strongest competitor is said to have been Rachel McAdams (42), who would have declined the offer with thanks.

The n had to Anne but cut out seven more colleagues to be able to stand alongside Meryl Streep (71) for the film hit in front of the camera. Among other things, Claire Danes (41) and Juliette Lewis (47) as Andy Sachs were also in conversation.

Johnson & Johnson applies for vaccine approval in the EU

First countries require proof of vaccination for tourists – no quarantine

5: 1! Salzburg doesn’t give Innsbruck a chance

London theaters have to close again

With tea and sleeping bags: the Frankfurt cold bus on tour