In 2021 alone, four attacks on Jewish institutions were recorded.

“Sieg Heil”, “Juden Pack” and swastikas – carved into the door of the Biel synagogue. Not in 1939, but last Thursday. Not an isolated case: this year, three more attacks on Jewish institutions have already been registered.  The  latest anti-Semitism report from the Swiss Association of Israelite Communities (SIG) and the Foundation against Racism and Anti-Semitism (GRA) shows that anti-Semitism – no matter how reluctant to admit it – is still a problem today.

“We have been warning for a long time: Words will be followed by deeds,” says Jonathan Kreutner, General Secretary of SIG. As the report shows, the internet is teeming with anti-Jewish slogans. This lists 485 serious anti-Semitic incidents in the online area alone. “What was particularly noticeable in 2020: Half of the slogans were related to conspiracy theories.”

“Rothschilds are behind pandemic”

And almost half of it is due to Corona. Because a crisis situation is the perfect breeding ground for anti-Semitism. Above all on Twitter, Facebook and, since 2020, on the messenger app Telegram – the popular platform among conspiracy theorists – the anti-Jewish slogans are spread.

The  Jews” deliberately brought the virus into the world, it is said. Or the virus doesn’t even exist, and Jewish families like the Rothschilds are behind the pandemic – they want to sterilize or even kill people with vaccinations. “In November in particular, we registered a great many such conspiracy theories,” said Kreutner.

The re is clearly a connection with the second lockdown and the corona fatigue of many.

The  Federal Council, Bill Gates and WEF are more often to blame

Nevertheless, a clear distinction must be made between anti-Semites and corona skeptics, the report says. Although anti-Jewish conspiracy theories are also circulating around the latter, in contrast to other European countries and the USA, the Federal Council, Microsoft founder Bill Gates or Klaus Schwab and his WEF are far more likely to be the alleged authors of the pandemic and the “New World Order” than “ the Jews”.

Because the Corona skeptics mainly exchange ideas in chat groups, the SIG and GRA nevertheless see an increased risk of anti-Semitic radicalization in these groups. “Such a development must be countered under all circumstances,” they warn in the report.

The  authors also identify the boom in Holocaust comparisons as a “big and serious problem”. Corona skeptics would often make inappropriate comparisons to the National Socialist regime and to the persecution and murder of Jews.

“Such comparisons are not per se anti-Semitic,” says the report. But wearing a Jewish star with the inscription “Umgeimpft” or “Mask certificate”, as they were seen at the Corona demonstration in Wohlen AG at the weekend, are extremely tasteless and testify to a lack of historical knowledge.

The  corona skeptics do not want to explicitly banalize the suffering of the victims of the Holocaust – that is why such statements were not included in the statistics of the report. But in their amount they would lead to a trivialization of the events of that time, warn SIG and GRA.

State is no longer allowed to watch

SIG and GRA come to the conclusion that the situation is tense.

The  report warns that the fact that no Jewish people were physically attacked in 2020 belies the fact that there is a risk of a terrorist attack on a Jewish target. “We are – especially now during the pandemic – in a situation in which there is a willingness to use violence against Jews”, Kreutner is also alarmed.

Union MPs under criticism: The protective mask affair is widening 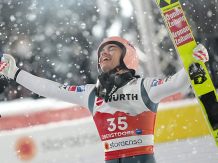 Stefan Kraft after World Cup gold: “I was so far away” – winter sports

“Starmania 21”: Who progressed in the second show

Women at the top of the group: “Equality is established when men also work part-time”

FC Schalke 04 only plays a draw against FSV Mainz 05: It would be difficult in the second division as well

GPF change at the top of the Post and Telecommunications Union

The monarch breaks with tradition: Queen Elizabeth II has been vaccinated Health – Berlin – Senator for the Interior: Corona bans are...

“You don’t see my tears in my eyes” 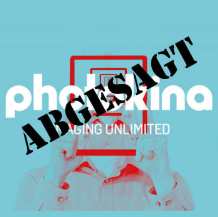 Photokina will be “suspended” for the time being – an end...