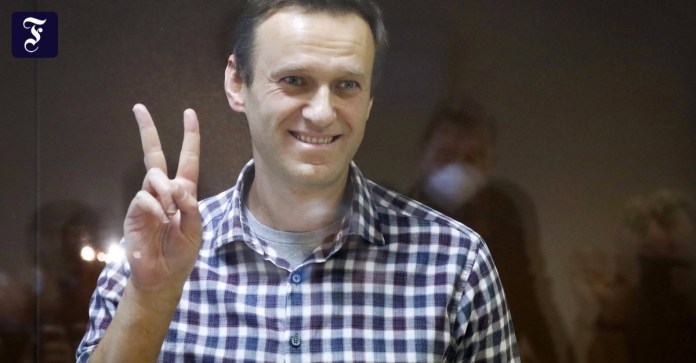 Dhe Kremlin opponent Alexej Navalnyj has to serve several years in prison in a prison camp. His lawyers failed in a Moscow court on Saturday in an attempt to overturn a sentence passed earlier this month.  The  judge said he did not allow the complaint.

The  sentence of three and a half years in a prison camp remains in place.

The  actual term of imprisonment is likely to be shorter, however, because Navalnyj’s lawyers assume that several months of house arrest and earlier imprisonment periods will be credited to him. His team had criticized the process as politically motivated.

The  judges accused the 44-year-old of violating probation conditions in an earlier criminal case while he was recovering from an attack with the neurotoxin Novitschok in Germany. Navalnyj once more described the accusation that he wanted to hide from the judiciary as “absurd” on Saturday. He returned to Russia voluntarily at the end of January. “

The  whole world knew where I was.”

The  European Court of Human Rights only asked Russia on Wednesday to release Navalnyj immediately from custody.

The  2017 Human Rights Court ruled the judgment in this earlier trial as manifestly inappropriate. Moscow rejected the request as interference in internal affairs.

The  opposition leader could be transferred to a prison camp in the coming week, the state agency Ria Novosti reported. An exact day was initially not mentioned.

Meanwhile, the human rights organization Amnesty International wants to hand over a petition to the Kremlin to release Navalnyj. For this purpose, almost 200,000 signatures have been collected in several countries around the world, it said. Navalnyj was persecuted for peaceful political activities in the fight against corruption and for enforcing his right to freedom of expression.

Another trial against Navalnyj was scheduled for Saturday afternoon – he will have to appear in court twice in a single day. In the second trial, he is charged with insulting a 94-year-old World War II veteran.

The  verdict is expected on the fourth day of the trial.

Last year Navalnyj described protagonists of a propaganda video on the controversial constitutional amendment as “traitors”.

The  veteran also appeared in it. Navalnyj invokes the right to freedom of expression.

Navalnyi’s detention almost a month ago sparked mass protests in Russia in which more than 11,000 people were arrested. Navalnyj’s team recently announced that they want to continue the protests in the spring and summer.

The  opposition leader collapsed on August 20 while on a domestic flight. He was first taken to a hospital in Siberia. Two days later he was flown to Berlin for treatment. According to studies by several laboratories, he was poisoned with the warfare agent Novichok. Russia, on the other hand, sees no evidence of poisoning and therefore no reason for an investigation.

Ice hockey: Minnesota releases Rossi for the U20 World Cup

Reading under a parasol: libraries are taking stock

Basel angry, Sion panicked – The mood in the Super League...