The  game developer Epic has failed in an attempt to bring its app store dispute with Apple to the UK.

The  judge ruled that the Competition Appeal Tribunal had no jurisdiction and that the lawsuit had to be fought in the United States. In contrast, he partially admitted a similar lawsuit against Google. Epic, developer of the popular game “Fortnite” recently also submitted a competition complaint against Apple to the EU Commission.

The  dispute erupted in August after Epic no longer wanted to adhere to the more than a decade-old requirement that virtual items in the game on iPhones and iPads can only be offered through Apple’s in-app purchases system. Apple keeps 30 percent of the purchase price. Instead, Epic would like to run its own app store on the iPhone.

The  Apple share temporarily lost 1.99 percent on the NASDAQ on Monday to 127.29 US dollars. Justice does not investigate after nurse’s death

Brazilian Corona variant confirmed in Austria for the first time 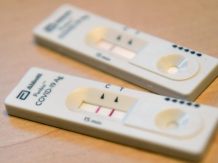 Borussia Dortmund: has BVB planned for the defeat against Bayern?

The monarchy is badly damaged

Aareal Bank has gambled away credibility

How did the virus come about? WHO mission in Wuhan...

Total failure after updating to Android 11

Federal theaters play on Fridays and weekends from January 22nd

Problems with the keel lifters – Rouras yacht no longer fully...