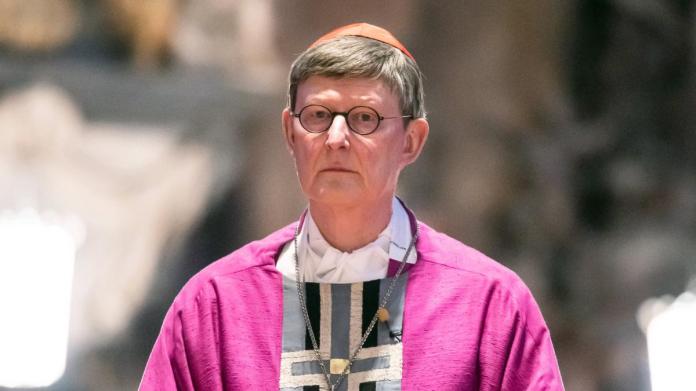 According to a new report on sexual abuse, there are more than 200 suspects in the Archdiocese of Cologne.

The  investigation period goes back to 1975. Cardinal Rainer Maria Woelki from Cologne is still holding back an initial report.

Dhe as yet unpublished new abuse report for the Archdiocese of Cologne lists hundreds of victims and accused.

The  abuse report commissioned by Cardinal Rainer Maria Woelki from Cologne is to be published on March 18.

The  numbers are known because we have already communicated them on various occasions in the past,” said the criminal lawyer, Professor Björn Gercke, commissioned by the church on Saturday. Woelki had previously announced that Gercke had investigated 236 cases from the Archdiocese of Cologne. According to “Spiegel”, this involves the systematic evaluation of files and tens of thousands of pages.

The  investigation period goes back to 1975.

What is striking, however, is that the numbers now published are significantly higher than the numbers from the so-called MHG study of the German Bishops’ Conference of 2018. At that time, 135 victims of sexual violence and 87 accused clerics were reported for the Archdiocese of Cologne over a period of 70 years.

Woelki holds back the first report

Gercke gave several reasons for the differences to the MHG study. His report does not only consider clerics, but also non-consecrated employees of the archdiocese. In addition, “a distinction must be made between reports of suspicions and actual (criminal) offenses”.

Woelki had announced the comprehensive processing of sexual violence by clergy in the Archdiocese of Cologne. However, he is under pressure because he is holding back an initial report that investigates how diocesan officials deal with allegations of sexual abuse against Catholic priests. Woelki gave legal reasons for this. According to a report by the “Kölner Stadt-Anzeiger”, the Munich report that was withheld comes to similar numbers of victims and accused as Gercke.

Woelki’s approach triggered an unprecedented crisis of confidence in the largest German diocese.

The  demand for people leaving the church has soared in Cologne that the district court has increased the number of online appointments. However, the denomination of the citizens concerned cannot be read from the appointment bookings.

Around 30 preliminary investigations after the riot at the Reichstag

Criticism of restriction of daycare care

Definitely not a crash! The most expensive works of art...