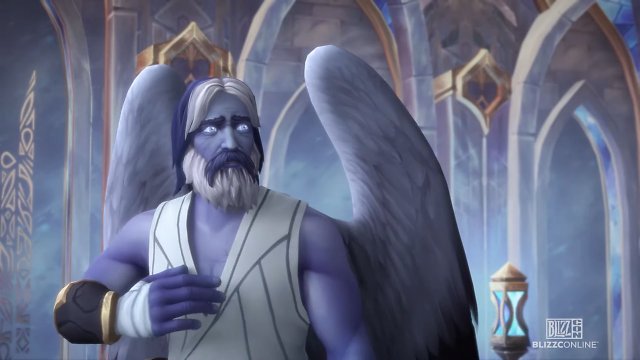 February 22nd, 2021 at 4:30 p.m.
from Susanne Braun –
BlizzConline 2021 is over. As part of the virtual event from Blizzard Entertainment, all kinds of news about World of Warcraft and Diablo could be learned, and Hearthstone also received a large amount of information. In contrast, nothing could actually be learned about Overwatch 2, Heroes of the Storm, Starcraft or Warcraft. Are you satisfied with the information and the event in general? Did you watch the show?

BlizzConline 2021 is history, the first virtual event of its kind hosted by the folks at Blizzard Entertainment. A big plus was that every fan who wanted could watch the event live – you could watch all the panels and events of the developers in the live stream. On the negative side for one or the other, however, some of the discussions and information events have lost their flair due to the digital nature, because a live audience certainly contributes a lot to the atmosphere and thus also to the hype.

Imagine that Diablo 2 Resurrected, or the Slayer for Diablo 4, would have been revealed to a large Blizzcon fan base.

The  screams, the excitement! Or that the WoW managers got their feedback on Burning Crusade Classic and the dramatic Shadowlands cinematic for Patch 9.1 directly from the audience. What a show that would have been!

And maybe during the event one would have learned more about topics that have fallen under the table. How’s Overwatch 2? What else happens to Heroes of the Storm, Warcraft 3 Reforged or Starcraft? What about the Diablo Immortal beta? It’s all well and good that Wyatt Cheng gave a glimpse into Immortal’s endgame content as part of a general Q&A about the Diablo franchise, but when will we finally get to play this?

To find out how you have received BlizzConline, we are starting a survey here and we cordially invite you to take part!

Thank you for participating! If you want to get rid of any further requests or suggestions, please use the comments!

When Susanne isn’t reporting on online and role-playing games – which she has been doing at Computec Media since 2009 – she listens to music, writes stories, watches series and films. And plays!

Image gallery for “BlizzConline 2021: Are you thrilled or disappointed?”

That was quick: Queensberry-Victoria is pregnant again!

Earth bunker with documents from the 80s: forest workers may discover...

Verstappen can leave Red Bull early because of a clause

Football has been idle for three and a half months: This...

WoW: An item level dream for the rich