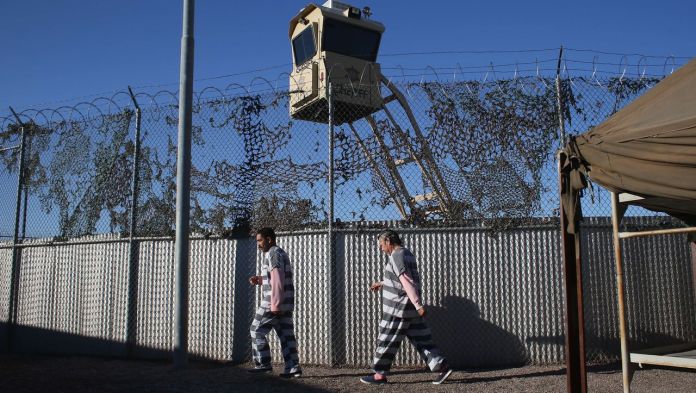 In November 2019, Arizona launched new software for managing inmates in the US state for $ 24 million. Whistleblowers have now reported to the Phoenix-based public radio station KJZZ that more than 14,000 errors have been discovered in this software since then. One of them allegedly ensures that prisoners cannot exercise their right to reduced sentences.
Since mid-2019, Arizona has a law that allows detainees to be given three days’ imprisonment for every week they serve. This corresponds to a reduction in the length of imprisonment to around 70 percent of the original sentence. One of the prerequisites is that the perpetrators have only been convicted of drug possession and are participating in one of several possible training or addiction programs.

However, the prison software, called ACIS, cannot by itself identify inmates who are eligible to participate in the release program, nor can it calculate new release dates once someone has gone through the program. This comes from a report that prison officials filed in October 2020 to draw attention to the problems. Before that, they would have pointed it out internally several times, they told KJZZ.

The  broadcaster has published extracts from this report. It shows that ACIS only knows and can implement the outdated state of the law: a relief of one day for every six days served.

Calculators instead of software

According to the whistleblowers, officials should instead manually identify those detainees who would be entitled to participate in the detention program.

A spokesman for the authorities did not confirm the exact course of action, but said that 733 people have so far been identified who might be qualified but are currently not enrolled in any detention program. That should be made up as soon as possible – as soon as there are the necessary places.

According to the whistleblowers, there should be a lot more candidates. “

The  only people who come into the program are those who themselves know that they are qualified for it, or who have family members who stand up for them,” KJZZ quotes one of the informants who want to remain anonymous for fear of professional disadvantages . And even if someone has successfully completed the program, ACIS cannot calculate the correct new discharge date. Authority employees would have to do this with the calculator and then enter it into the system – which the spokesman confirmed.

However, the prison authorities insist that no prisoner has had to stay in prison too long because of the faulty software. This could only be true if all candidates for detention are recognized manually.

“We put people in danger”

Several other parts of the software are also said to be malfunctioning, including modules for tracking inmates’ health, their personal belongings and assets, their religious affiliation, or their proximity to specific gangs. “We put people belonging to rival gangs together in cells and didn’t notice,” one informant said. “We cannot ensure proper medication supplies to critically ill inmates if they are being transferred. We put people in danger. It’s only a matter of time before someone dies or is murdered. ”

It is also difficult to correct incorrect entries in the software. In one case, a disciplinary measure was incorrectly entered for an inmate: “

The re was no way to remove the entry. So the man was punished, he wasn’t allowed to call anyone for 30 days. ” 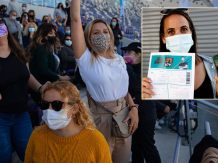 Corona: WHO Europe chief names the end date of the pandemic USA: Problems with the engine on 737 Max

EU wants to import AstraZeneca from the USA

Corona in Berlin: Mutation B.1.1.7 also found in Reinickendorf

Sky: Harry Potter gets its own UHD channel